Equinor and partners Total E&P Norge AS and Vår Energi have struck oil and gas in a new segment belonging to the Tyrihans field in the Norwegian Sea. 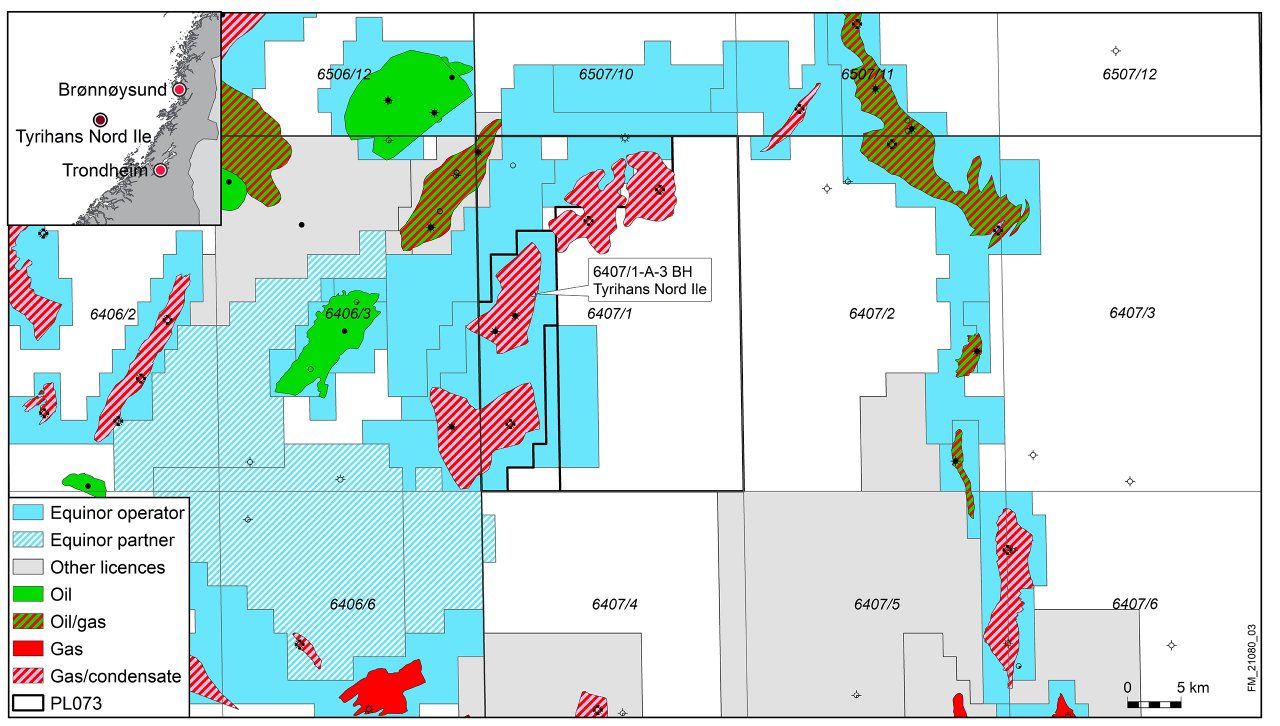 Recoverable resources are so far estimated at between 3.0 and 4.2 million standard cubic metres of recoverable oil equivalent, corresponding to 19 – 26 million barrels of oil equivalent.

“It is encouraging to prove new resources that can extend the life of producing fields in the Norwegian Sea,” says Nick Ashton, Equinor’s senior vice president for exploration on the Norwegian continental shelf.

Exploration well 6407/1-A-3 BH in production licence 073 was drilled from subsea template A at  Tyrihans North. The Tyrihans field is located in the middle of the Norwegian Sea, some 25 kilometres south-east of the Åsgard field and 220 kilometres north-west of Trondheim. The licensees consider the discovery commercial and intend to start production immediately.

“Thanks to the location we are able to put the discovery on stream over the Tyrihans field immediately, which will both ensure good profitability and low CO2 emissions from production,” says Ashton.

The well was drilled to a vertical depth of 3998 metres below the sea level and a measured depth of 5332 metres.

Well 6407/1-A-3 BH was drilled by the Transocean Norge drilling rig, which will now continue drilling the producer 6407/1-A-3 CH on the Tyrihans field.