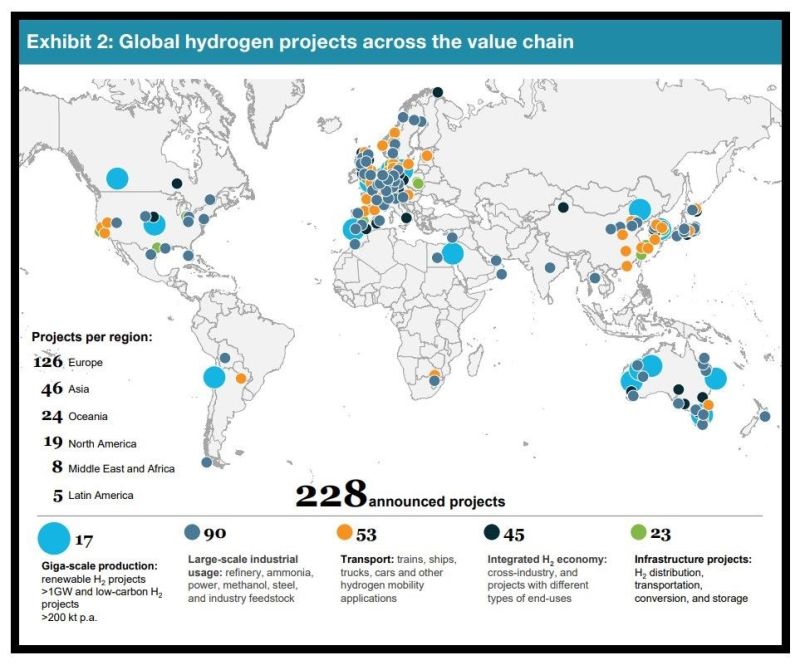 A new Hydrogen Council report shows over 30 countries with a national H2 strategy and budget, and 228 projects in the pipeline.

Underpinned by a global shift of regulators, investors, and consumers toward decarbonisation, H2 is receiving unprecedented interest and investments.

Europe leads globally in the number of announced hydrogen projects, with Australia, Japan, Korea, China, and the USA following as additional hubs. 17 GW-scale H2 production projects are planned, with the largest in Europe, including HyNetherlands, Australia, the Middle East, and Chile.

Anticipating continued growth in scale, the report confirms that – from a total cost of ownership (TCO) perspective – hydrogen can become the most competitive low-carbon solution in more than 20 applications by 2030, including long haul trucking, shipping, and steel.