Portugal will start producing green hydrogen by end 2022 and has private investments worth 10 bln euros lined up for 8 projects. 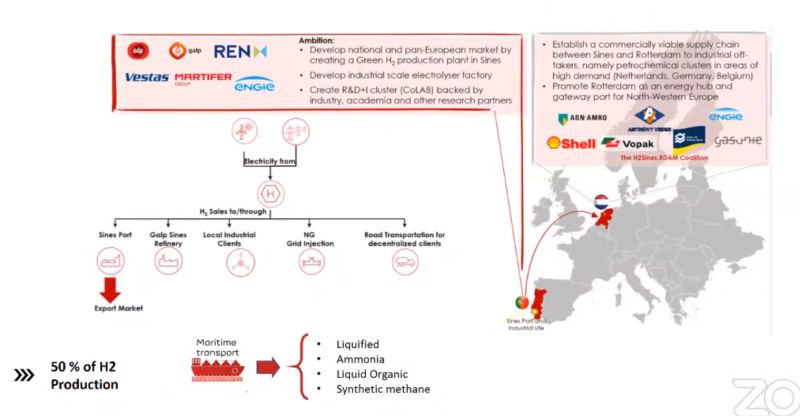 “Green hydrogen will, over time, allow Portugal to completely change its paradigm and become an energy exporting country.” according to Environment Minister Joao Matos Fernandes.

Seven consortia submitted IPCEI applications as part of a planned export-oriented ‘hydrogen cluster’ near the port of Sines, from where hydrogen could be shipped to Rotterdam.

A consortium including ENGIE, EDP, Galp, Vestas is behind the H2Sines project. In Estarreja in north Portugal, Bondalti Chemicals aims to invest 2.4 bln euros in a H2 plant.

Altogether, the projects envisage an installed capacity of over 1 Gigawatt (GW).

Matos Fernandes said Portugal was also negotiating the construction of a pipeline for renewable gases from Sines to France, crossing Spain.