Neptune Energy today announced the safe removal of the L10-C, L10-D and L10-G platforms from the Dutch sector of the North Sea. 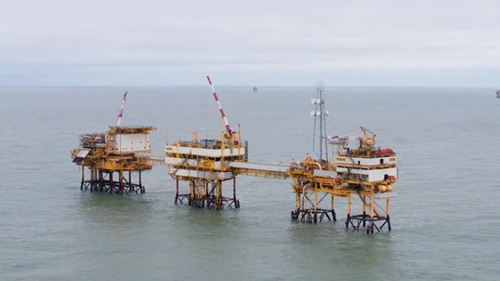 The platforms have been providing offshore natural gas to the Netherlands for around 40 years and ceased production in 2016.

More than 3,400 tonnes of steel were removed as part of the decommissioning program that was carried out by Neptune Energy and Boskalis. The steelwork was removed from the seabed and placed on the vessel in a series of carefully executed lifting operations.

The removal of rock will return the seabed to a clean state and will mark the completion of this extensive operation.

Lex de Groot, Managing Director of Neptune Energy in the Netherlands said: “These three platforms had come to the end of their economic lives and, as of the 1970s early 1980s, they have been producing Dutch offshore gas to heat our homes and fuel the economy.”

“It’s our responsibility to decommission these platforms, take everything with us and leave the seabed in a clean state. The work was completed in a safe and secure way, both for the crew and for the environment. All three platforms were brought onshore and the associated materials will be recycled or reused as much as possible.”

The L10 Area continues to operate with gas being produced from numerous platforms centred around the Neptune-operated L10-A platform.

A video of the decommissioning operation is available here.