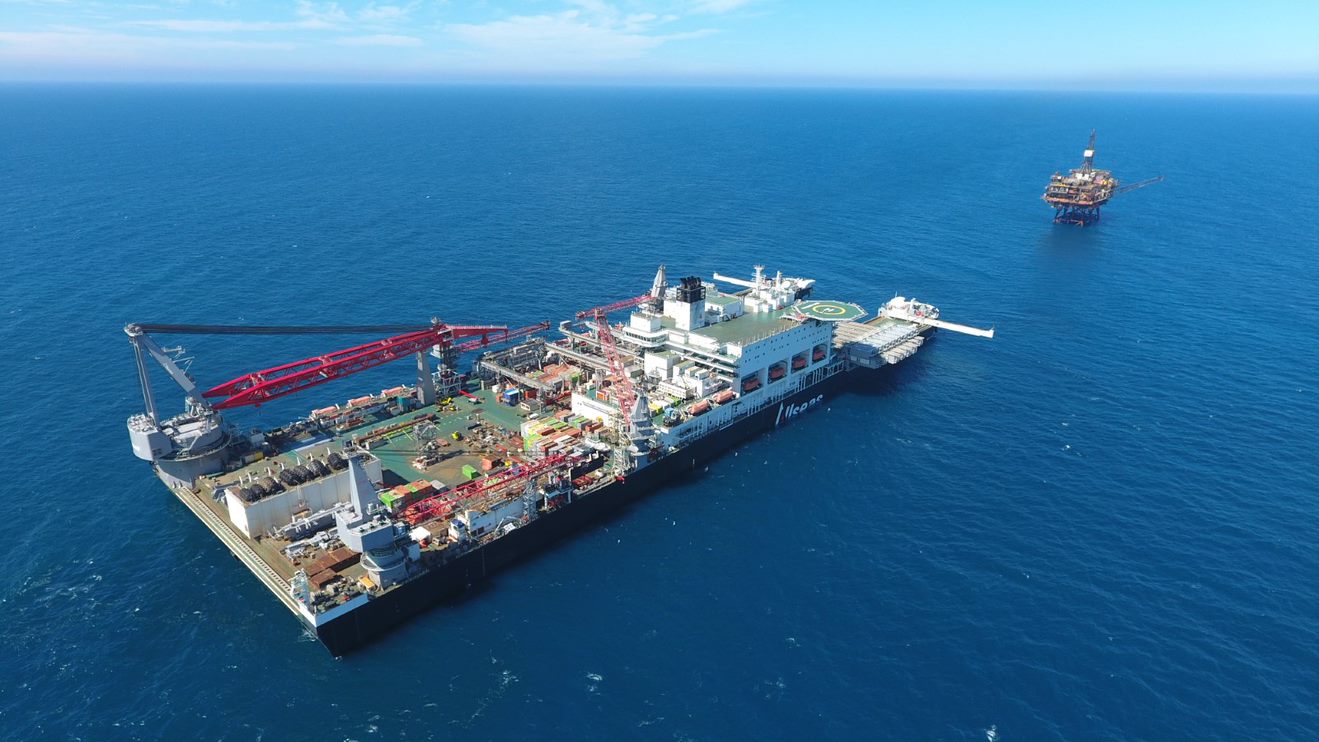 Several years of planning and 15 months of offshore preparation, including strengthening and cutting the steel jacket’s six legs, culminated in the 9-second “fast lift” of the 17,000-t topsides in the evening of 21 June 2020.

Brent Alpha is the third of four platforms, after Delta (2017) and Bravo (2019), to be decommissioned and removed from the Brent oil and gas field. For all four jobs, Shell UK Limited selected Pioneering Spirit. Production from the field continues through Brent Charlie, with Pioneering Spirit booked to remove the 34,000-t topsides when the platform finally ceases production.

The removal of Brent Alpha is the first offshore lift to utilise specially developed ‘horseshoes’: connection tools that clamp around pre-installed lift points called bearing brackets mounted on the upper sections of the steel jacket’s legs.

The Brent Alpha topsides removal project involves engineering, preparation, removal and disposal of the 94 m tall, 52 m wide structure. As with the two previous Brent jobs, Pioneering Spirit will transport the Alpha topsides to a nearshore location off the Hartlepool coastline, where it will be transferred to Allseas’ cargo barge Iron Lady for the final leg of its journey by towage up the Seaton Channel and load-in to the quay at Able UK.

This summer, Pioneering Spirit will remove and transport more than 55,000 t of decommissioned platform infrastructure from UK and Danish fields to disposal/recycling yards around the North Sea. 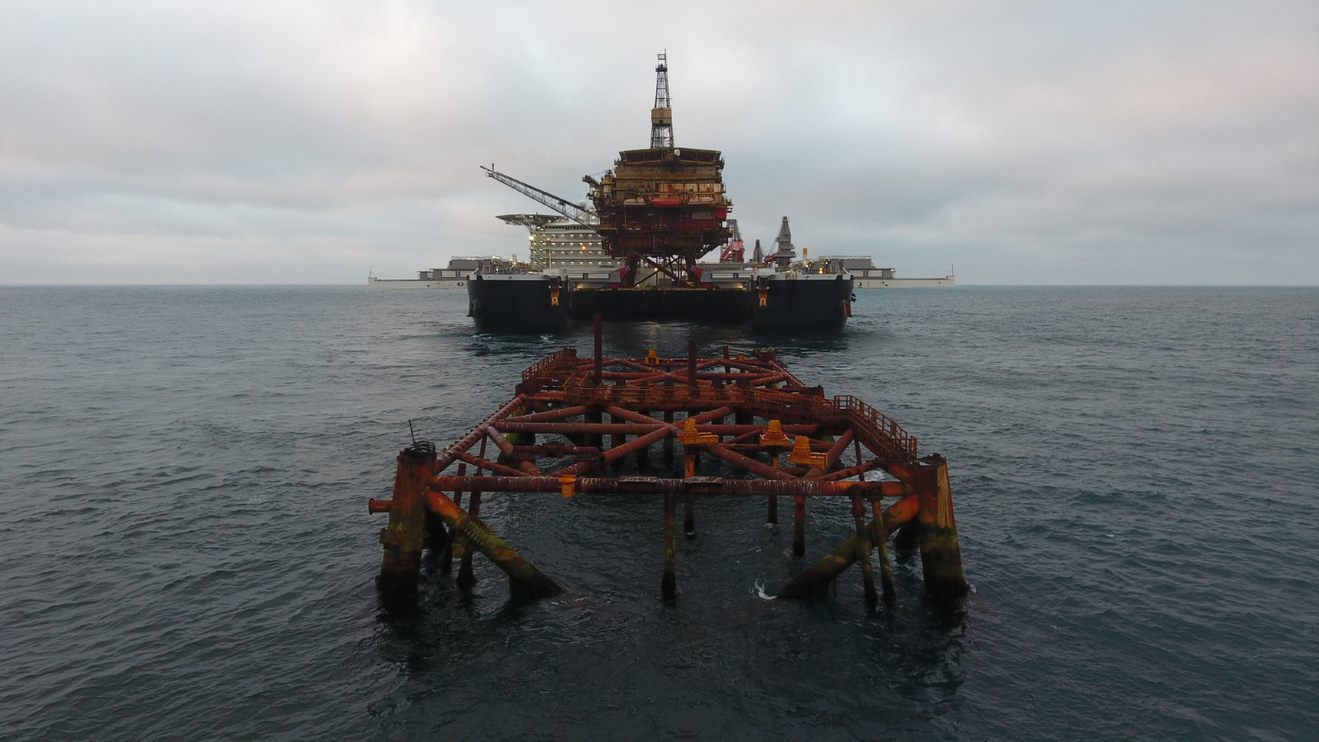