Vestas announced Thursday that it had invested in a Swedish firm which develops and manufactures wooden wind turbine towers. 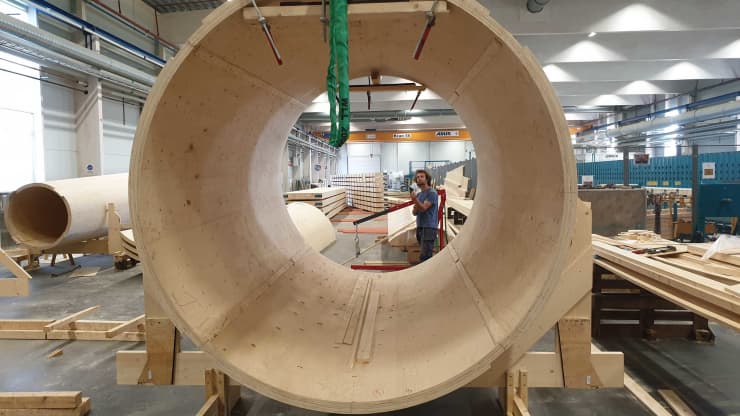 The Danish turbine maker said it had become a minority investor in Modvion, which uses laminated veneer lumber, or LVL, to make turbine towers that are modular and put together on-site.

“When compared directly with the value chain of a conventional steel tower, Modvion towers are expected to reduce carbon emissions by 80 percent for the wind turbine tower,” Vestas said in a statement.

Modvion explained the idea behind the deal was to “accelerate market adoption and scale-up the production of wooden wind turbine towers.”

In April, Modvion installed a 30-meter tower on an island near the Swedish city of Gothenburg, and the company plans to build its first commercial tower in 2022.

“The reduced weight of Modvion’s towers, in combination with their ability to align with Vestas’ modular product architecture, could allow for increased ease of transportation in logistically challenged markets,” said Bo Svoldgaard, Vestas’ head of innovation and concepts.

“Furthermore, the tower design could allow for Vestas to increase turbine hub heights, contributing to a reduction in cost of energy,” Svoldgaard added. “Overall, there is potential to become less reliant on steel prices, which would support Vestas’ ongoing growth journey.”