The final platform of the world’s first semi-submersible floating wind farm is on its way to its final location 20 km off the Portuguese coast. 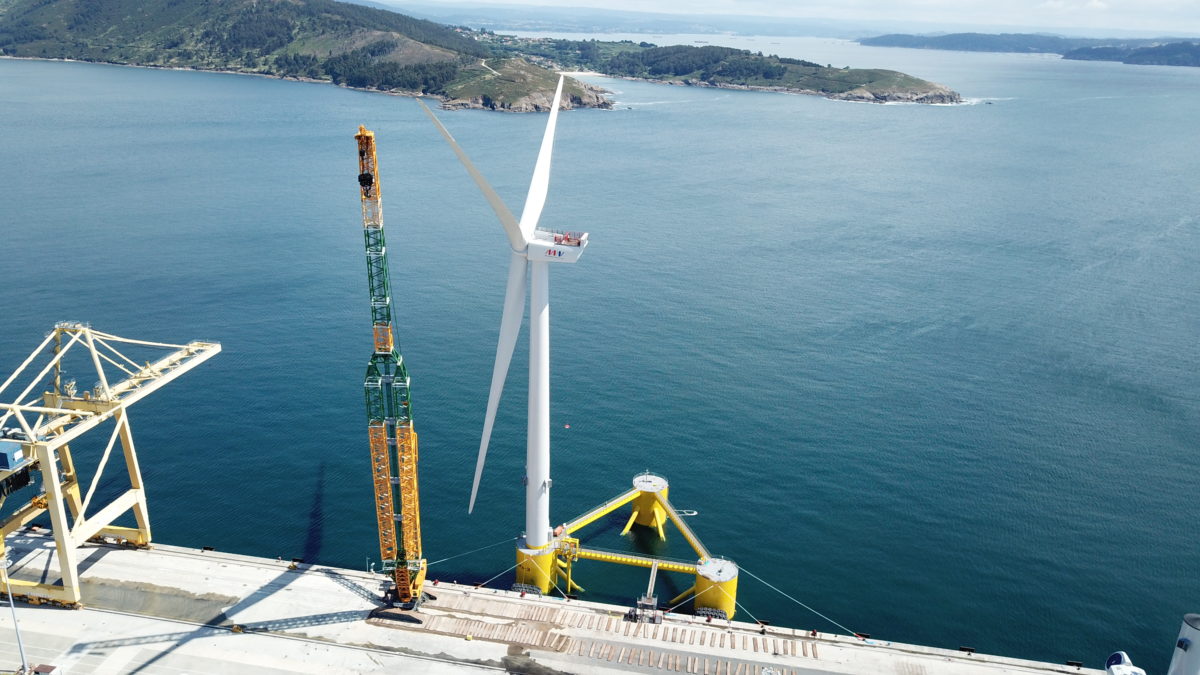 With a total installed capacity of 25 MW, WindFloat Atlantic is the first floating wind farm in continental Europe.

Transporting each of the three WindFloat Atlantic floating structures is a milestone in itself, as it sidesteps the need for towing craft designed specifically for this process and makes it possible for the project to be replicated elsewhere.

The floating structure –measuring 30 m high and with a 50 m distance between each of its columns – can support the world’s largest commercially available wind turbines, of 8.4 MW production capacity each, on a floating structure. Once all three platforms making up the wind farm are installed, with their 25 MW of production capacity they will be able to generate enough energy to supply the equivalent of 60,000 users each year.

WindFloat Atlantic could save almost 1.1 million tons of CO2.