The first of the three platforms comprising the Windplus consortium’s floating windfarm was successfully connected to the mainland on 31 December, with two more turbines due to be connected for the 25-MW windfarm.

Each of the floating foundations will have an 8.4-MW V164-8.4 turbine from MHI Vestas.

The second of the three platforms that make up the WindFloat Atlantic has also now arrived on location.

The first WindFloat Atlantic foundation and turbine departed for its destination off the coast of Viana do Castelo in Portugal in October 2019. Two of the foundations for the project were constructed at Setúbal shipyard in Portugal and the third at Navantia’s facility in Ferrol in Spain.

The foundations developed by Principle Power are semi-submersible units that can be towed into place with the turbine installed, obviating the need for heavy lift vessels offshore and reducing installation costs significantly.

WindFloat Atlantic project builds on the success of the WindFloat1 prototype, which was in operation between 2011 and 2016. The 2-MW prototype successfully generated energy uninterruptedly for more than five years, surviving extreme weather conditions including waves up to 17 m high and 60-knot winds. 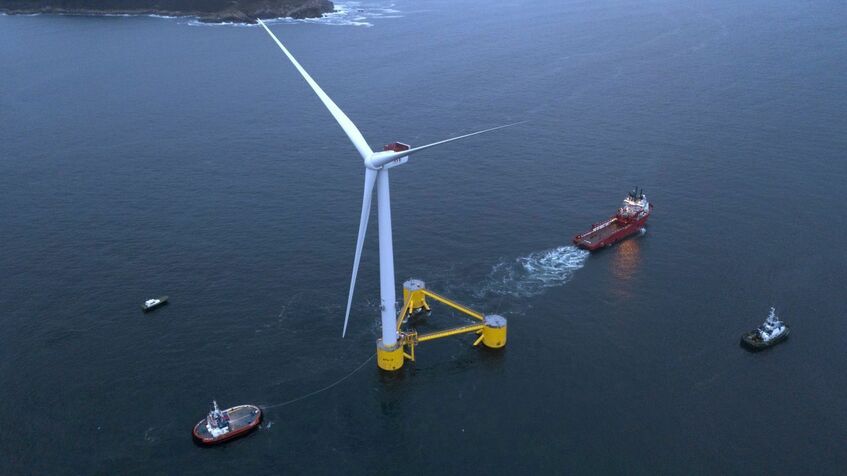