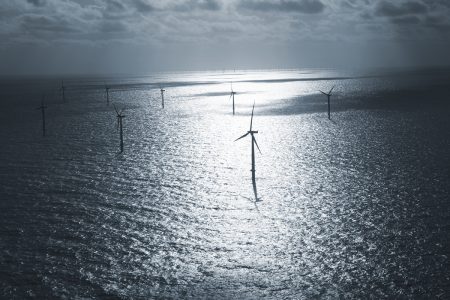 Today marks World Oceans Day and a clear reminder of the role of our oceans in everyday life. Oceans serve as the world’s largest source of protein; they absorb 30% of CO2 produced by humans; and, provide huge forms of marine and coastal biodiversity. The impact of human activity on the ocean is immense. To that end, the theme of the UN World Oceans Day 2020 is ‘Innovation for a Sustainable Ocean’ with a full week of activities exploring this theme.

Our oceans are fast becoming new arenas for renewable energy production through wind, wave, tidal and floating solar. With the success of offshore wind, initially in Europe, and now growing fast in Asia and the US, our oceans provide incredible opportunities for powering a green recovery.

It is with this backdrop that Equinor and Ørsted joined forces, founding the Ocean Renewable Energy Action Coalition (OREAC), a global coalition of offshore wind companies and international institutions. The vision is for 1,400 gigawatts of offshore wind by 2050. This could provide 10% of the world’s electricity demand in 2050; save over 3 billion tonnes of CO2 per year (the equivalent of taking 800 million cars off the road); and provide 24 million future-fit full-time jobs.

1,400 GW of offshore wind is a serious number and an enormous scaling-up from the 30 GW of offshore wind already installed around the world, which has drawn more than $150 billion of investment over the last decade. These opportunities have been unlocked by massive cost reductions, making offshore wind a mature, scalable, affordable and clean energy technology.

The ocean covers three-quarters of the planet, with many areas that have untapped potential for offshore wind, especially in deeper waters where floating wind technology like Equinor’s Hywind concept has proved so successful. The development of offshore wind has been concentrated in OECD markets, but other countries like Vietnam, India, Morocco, Brazil, the Philippines, South Africa and Sri Lanka have immense ocean resources and opportunities. A recent report from the World Bank looks into the ‘mainstreaming of offshore wind’ towards emerging markets.

OREAC’s ambition of 1,400 GW by 2050 goes far beyond current global forecasts, yet it would be entirely possible with a collective effort by government and industry. Market leaders like the UK, Denmark, Germany and China have demonstrated that strong frameworks which prioritise policy stability, market transparency, and environmentally responsible and collaborative development enable offshore wind to thrive and coexist with other ocean uses such as fisheries.

By supporting local job creation in manufacturing, construction and services, offshore wind has a critical role in economic growth. For example, an emerging offshore wind market like Taiwan is on-track to generate 20,000 local jobs and nearly $30 billion of inward investment by installing 5.5 GW by 2025. Sector jobs can particularly support the revitalisation of coastal towns and communities, and strengthen the mitigation efforts of low-lying, climate-vulnerable countries.

Based on IRENA methodology, around 24 million full-time jobs could be generated if offshore wind capacity reaches 1,400 GW by 2050. This job creation potential covers the full value chain of offshore wind, from procurement to construction to maintenance to decommissioning.

According to a report commissioned by the High Level Panel for a Sustainable Ocean Economy, ocean-based renewable energy could deliver around 10% of the global CO2 emissions reductions required by 2050 to sustain a 1.5-degree pathway, essential if we are to avoid the worst impacts of climate change. Offshore wind provides most of this decarbonisation potential and deserves greater attention from lawmakers charting plans for sustainable development. 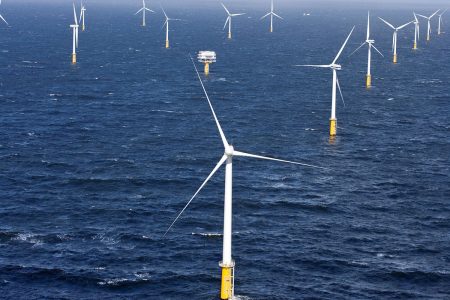 Later this year, OREAC will launch its roadmap for 2050, which will outline the actions needed to support industry, politicians and policy makers in achieving the 1,400 GW vision. This report will serve as an important guiding document for industry, government and other ocean stakeholders to harness the power of ocean-based renewable energy to decarbonise our energy systems while contributing to the prosperous coexistence of ocean energy projects with other ocean uses and maintaining the integrity of the marine environment.