The corona virus is turning into an unprecedented international crisis, with serious repercussions for people’s health and economic activity. Although they may be severe, the effects are likely to be temporary. Meanwhile, the threat posed by climate change, which requires us to reduce global emissions significantly this decade, will remain. We should not allow today’s crisis to compromise our efforts to tackle the world’s inescapable challenge. 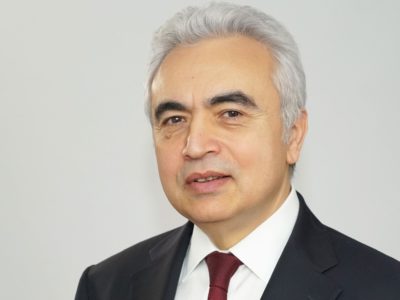 Governments are drawing up stimulus plans in an effort to counter the economic damage from the corona virus. “These stimulus packages offer an excellent opportunity to ensure that the essential task of building a secure and sustainable energy future doesn’t get lost amid the flurry of immediate priorities,” says Fatih Birol, Executive Director of the International Energy Agency (IEA). He explains that the wins will be both rapid (solar and wind are now cheap and fast to deliver) as well as long term (carbon capture and hydrogen still need huge investment but promise essential emissions reductions). The slump also provides other opportunities. Sliding oil prices open a door to reducing fossil fuel subsidies without consumers noticing. And dangers: those cheap prices make users wasteful and less focussed on energy efficiency. And lessons: overdependence on any one country – like China – for clean energy technologies also makes everyone vulnerable when that country stumbles.

Large-scale investment to boost the development, deployment and integration of clean energy technologies – such as solar, wind, hydrogen, batteries and carbon capture (CCUS) – should be a central part of governments’ plans because it will bring the twin benefits of stimulating economies and accelerating clean energy transitions. The progress this will achieve in transforming countries’ energy infrastructure won’t be temporary – it can make a lasting difference to our future.

The costs of key renewable technologies, such as solar and wind, are far lower than during previous periods when governments launched stimulus packages. And the technology for both solar and wind is in a much better shape than in the past. Meanwhile, hydrogen and carbon capture are in need of major investment to scale them up and bring down costs. This could be helped by current interest rate levels, which were already low and are declining further, making the financing of big projects more affordable. Governments can make clean energy even more attractive to private investors by providing guarantees and contracts to reduce financial risks.

Taking these steps is extremely important because the combination of the corona virus and volatile market conditions will distract the attention of policy makers, business leaders and investors away from clean energy transitions.

This situation is a test of governments and companies’ commitment. Observers will quickly notice if their emphasis on clean energy transitions fades when market conditions become more challenging.

The sharp decline in the oil market may well undermine clean energy transitions by reducing the impetus for energy efficiency policies. Without measures by governments, cheaper energy always leads consumers to use it less efficiently. It reduces the appeal of buying more efficient cars or retrofitting homes and offices to save energy. This would be very bad news, since improvements in energy efficiency, a vital element for reaching international climate goals, have already been weakening in recent years.

Governments can address this by pursuing policies that have already proved successful previously, such as measures to improve the energy efficiency of buildings, which create jobs, reduce energy bills and help the environment.

The recent steep drop in oil prices is also a great opportunity for countries to lower or remove subsidies for fossil fuel consumption. There are around USD 400 billion of these subsidies worldwide today, and more than 40% of them are to make oil products cheaper.

There can be good reasons for governments to make energy more affordable, particularly for the poorest and most vulnerable groups. But many subsidies are inefficiently targeted, disproportionally benefiting wealthier segments of the population that use much more of the subsidised fuel. In practice, the effect of most subsidies is to encourage consumers to waste energy, adding needlessly to emissions and straining government budgets that could otherwise be prioritising education or health care.

The corona virus brings other dangers for clean energy transitions. China, the country most heavily affected by the virus initially, is the main global production source of many clean energy technologies, such as solar panels, wind turbines and batteries for electric cars. The Chinese economy was severely disrupted during the government’s efforts to contain the virus, especially in February, causing potential supply chain bottlenecks for some technologies and components.

This is why governments need to make sure they keep clean energy transitions front of mind as they respond to this fast-evolving crisis. IEA analysis shows that governments directly or indirectly drive more than 70% of global energy investments. They have a historic opportunity today to steer those investments onto a more sustainable path.

As the IEA announced last month, global energy-related CO2 emissions stopped growing last year even as the world economy expanded by nearly 3%. We need to make sure 2019 is remembered as the definitive peak in global emissions, and that means taking action now to put them into sustained decline this decade.

We may well see CO2 emissions fall this year as a result of the impact of the corona virus on economic activity, particularly transport. But it is very important to understand that this would not be the result of governments and companies adopting new policies and strategies. It would most likely be a short-term blip that could well be followed by a rebound in emissions growth as economic activity ramps back up.

Real, sustained reductions in emissions will happen only if governments and companies fulfil the commitments that they have already announced – or that they will hopefully announce very soon.

Governments can use the current situation to step up their climate ambitions and launch sustainable stimulus packages focused on clean energy technologies. The corona virus crisis is already doing significant damage around the world. Rather than compounding the tragedy by allowing it to hinder clean energy transitions, we need to seize the opportunity to help accelerate them.

Thanks to Fatih Birol, Executive Director of the International Energy Agency (IEA).