Plans are underway for a 20km-long wind farm 5km off the coast between Myalup and Preston Beach in WA’s South West. 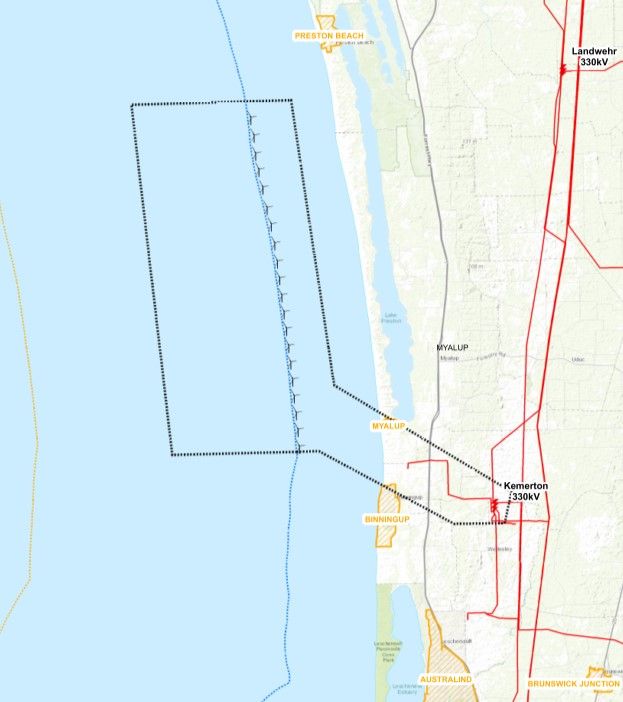 Plans for an offshore wind farm with up to 37 turbines along the coast north of Bunbury has been revealed in a submission to the WA Environmental Protection Authority today.

The largest turbine considered would have a rotor diameter of 220m attached to a hub 140m above the water. The 15-megawatt units would be spaced about 1km apart in up to 16m of water. Taller turbines are generally able to harness higher wind speeds.

The Myalup site was chosen because it has high wind speeds, relatively shallow water, low population density, and access to the South West power grid at Kemerton. It sits entirely within State waters.

The current schedule is to conduct a detailed design in 2024 after the primary planning approvals are received and start operating in early 2027.