In what they are hopeful will be another step in the state becoming the leader in all things wind energy, Gov. Phil Murphy and a host of elected officials, building trades leaders, and officials from Ørsted and EEW Group, on Tuesday announced a $250 million investment in a state-of-the-art manufacturing facility to build steel components, known as monopiles, for offshore wind turbines that will serve the entire U.S. offshore wind industry. 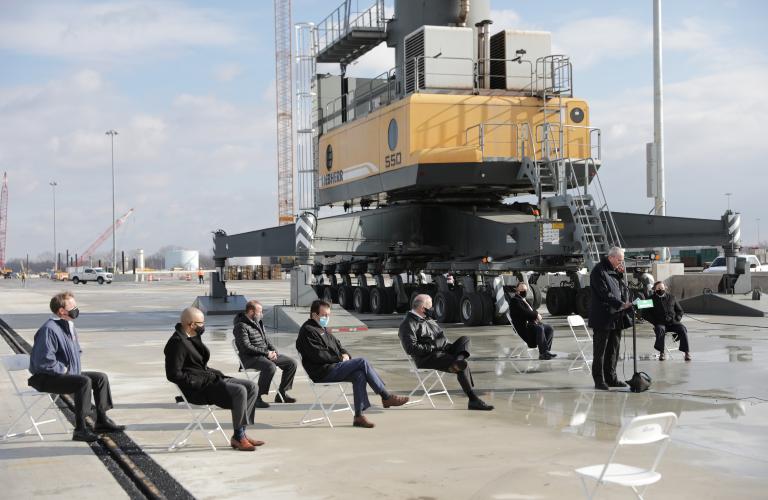 The facility, which will be located at the Paulsboro Marine Terminal in Gloucester County, is the largest industrial offshore wind investment in the U.S. to date, and will create more than 500 high-paying jobs at full buildout, the Governor’s Office said. Construction on the facility is expected to break ground next month, with production beginning in 2023.

The development of the New Jersey Wind Port, together with the construction of the new manufacturing facility at the Paulsboro Marine Terminal, is a monumental step forward in solidifying New Jersey as the country’s leader in offshore wind and clean energy procurement.