Boskalis recently secured a contract to transport and install five floating wind turbines for the Kincardine floating wind farm off the coast of Aberdeen in Scotland. 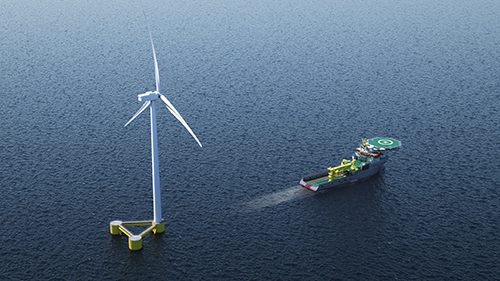 This will be Boskalis’ first floating wind farm project. The turbines with a capacity of 9.525 megawatts each will be anchored at a depth of sixty to eighty meters. In September 2020, the heavy anchor handling tug (AHT) BOKA Falcon will start installing the anchors and chains on the seabed.