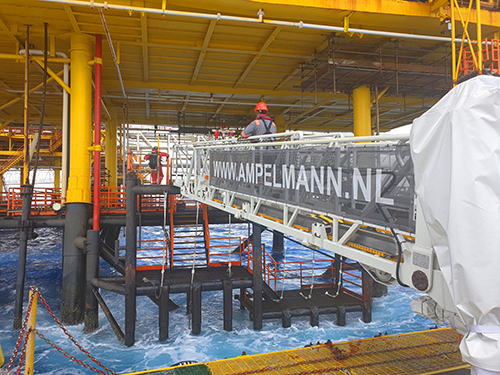 The company will provide two of its latest version L-type systems to enable daily crew change operations in the region.

Ampelmann’s first version of the L-type system was initially developed in collaboration with BSP for their crew change operations and made its first transfers in Brunei back in 2013. After many iterations, the latest system is a compact and electrically powered plug-and-play system enabling continuous access from vessel to offshore platform, and vice versa, capable of transferring 50 people in less than five minutes. The L-type can be deployed in sea states beyond 2m significant wave height, making it possible to use year-round, including during the monsoon season.

The latest version of the system, the version 4, has been in use since 2018. With a proven track record and unsurpassed workability in many regions throughout the globe, it remains the most suitable solution for crew change operations.