The Taiwan Ministry of Economic Affairs has permitted jack-up vessel Taillevent to be used in the for the installation of turbines on the Changhua Demonstration project.

Normally, vessels built in mainland China are not permitted to work in Taiwan and Taillevent was built by COSCO Nantong in 2011. An alternative vessel, Swire Blue Ocean’s Pacific Osprey, was considered by the MoEA to be a safety/reliability risk following an incident with the crane and the time schedule was uncertain.

The construction strategy for the 109 MW site favoured a 6-legged jack-up due to the need to reduce operational risks such as soil liquefaction during earthquakes. Therefore, despite having a Chinese- built hull, Taillevent has been cleared as the only vessel capable. 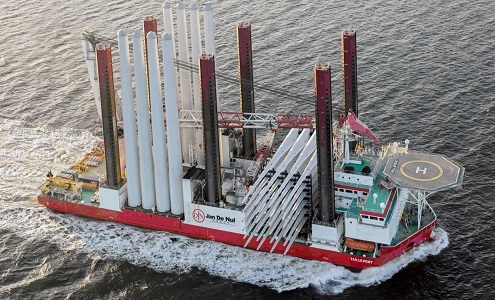