Apache Corporation along with partner, Total, lands on a significant oil discovery at the Maka Central-1 well drilled on Block 58 offshore Suriname.

Block 58 is located on trend with the prolific discoveries made by ExxonMobil in the adjacent Stabroek block in Guyana.

The drilling operations on the first of three wells, Maka Central – 1 well, commenced in late September with an expected drill time of 30 to 60 days.

In October 2019, Noble Sam Croft’ secured a two of three wells option exercised by Apache, extending the contract to March 2020.

Earlier in December 2019, Apache Corporation decided to modify the rig equipment before going to explore deeper depths of its first exploratory well in Block 58 offshore Suriname.

Apache announced in the recent update that, Maka Central-1 successfully tested for the presence of hydrocarbons in multiple stacked targets and encountered both oil and gas condensate.

Apache and Total will take the Sam Croft drillship to the next wells in Block 58, starting with the Sapakara West prospect, which is located approximately 20 kilometers (12 miles) southeast of the Maka Central discovery.

According to Total, Block 58 is located on trend with the prolific discoveries in the adjacent Stabroek block in Guyana, operated by ExxonMobil. 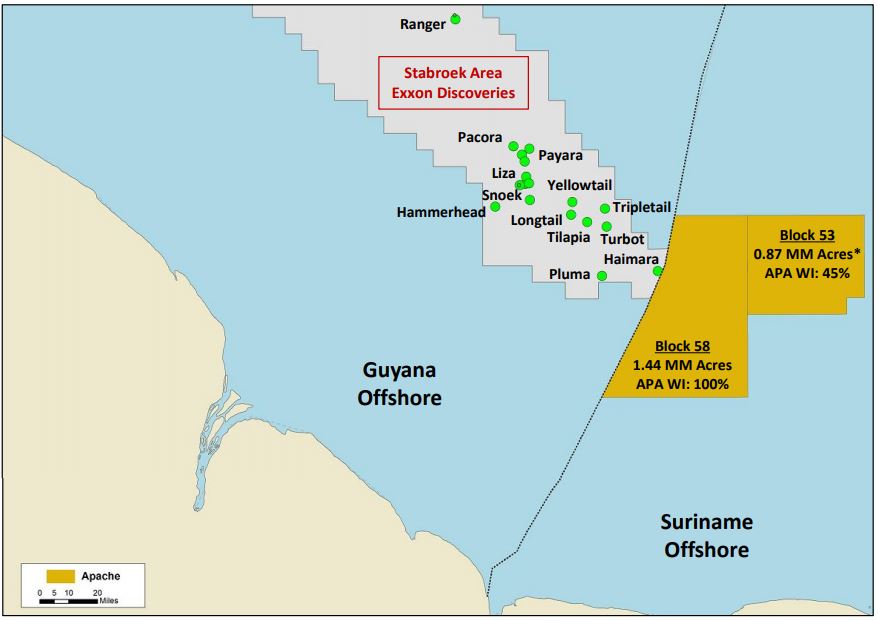