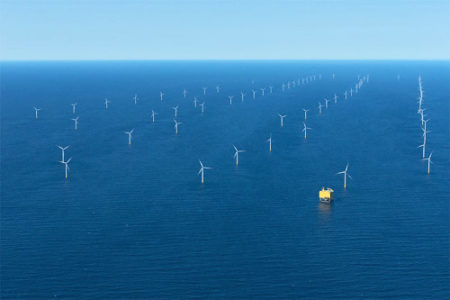 Denmark has long been a leading country when it comes to the development of wind power. Back in 1991, the country built their first offshore wind farm (dw.com), and just last week, the world once again got to witness the small nation in Scandinavia leading the way towards a cleaner and more sustainable energy production.

Last week, the Energy, Supply and Climate minister, Lars Kristian Lilleholt, announced that the Danish government plans to build a new 800MW offshore wind farm, and they aim to select a developer for the project by 2021. If realised, this wind farm will be twice the size of the current largest one (Anholt Offshore Wind Farm), which is no small feat for a country with a population below 6 million.

So, what’s so special about this wind farm (except the obvious aspect that it will be massive)? Well, the government is aiming for this wind farm to be built without public support (if we disregard the costs of cabling and connecting the wind farm to the grid), which is still a very new way of developing offshore wind projects.

According to Lilleholt, the wind farm would be built at least 50 km offshore, and consist of between 50 and 75 turbines, each a staggering 250 m tall. However, there has been no decision yet on whereabouts this massive offshore development will be based. The proposed wind farm will beat the capacity of Kriegers flak (600MW) which is currently being developed by Swedish Vattenfall.

The wind farm is set to supply up to 800.000 households with electricity and there is a clear intent from the Danish government to achieve their renewable energy targets. “We must be able to cover at least half of Denmark’s energy demand for renewable energy by 2030,” said Lilleholt.

However, as with any story, there are two sides of the coin. The focus on wind generation comes alongside a sharp reduction in electricity taxes, which likely will upset environmentalists (thelocal.dk). The government hopes to cut the tax on electricity from 91 øre a kilowatt to 25 øre between 2019 and 2025, saving the average family 1500 Danish kroner a year, and also halve the tax on electric heating from 30 øre to 15 øre a proposal which was welcomed by Danish Energy, the country’s trade body for energy companies.

Either way, Denmark is on track to produce half of its electricity from wind by 2030 and says wind and other renewables will free it from fossil fuels by 2050 (renews.biz). And being the home for large companies such as Ørsted and Vestas, this is no surprise.

Denmark currently has several offshore wind projects approved or under construction, including the 406.7MW Horns Rev 3, the 605MW Kriegers Flak, and the Vesterhav Syd and Vesterhav Nord nearshore wind farms (offshorewind.biz). All of the wind farms are being developed by Sweden’s energy group Vattenfall, and the projects are expected to be commissioned throughout 2020 and 2021.

With all the current development in the Danish wind energy sector, and based on the governments ambitious targets, the Danish wind industry is set to encounter a shortage of skills if the development continues at this rapid pace. There will be a need for HSE professionals, Construction Managers, Installation and Commissioning technicians and many more jobs once the wind farms are ready for construction. And prior to this, there will be environmental studies and a fair amount of planning involved before the projects can even be realised.

The future for the Danish Wind sector looks bright, and I would suggest that in order to be ready for construction of this 800 MW farm, the legwork needs to start as soon as possible. Sure, there will still be a while before the tender is over and done, and the project is still very much in its infant phase. But time moves quicker than you think.