BP’s Argos offshore oil platform, the centerpiece of the company’s $9 billion Mad Dog 2 project in the U.S. Gulf of Mexico, has arrived in the U.S. after a 16,000-mile journey from South Korea. 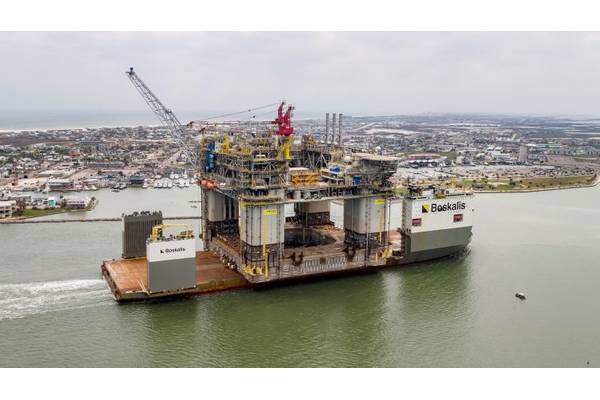 The platform, loaded onboard the BOKA Vanguard heavy transport vessel, had left South Korea in January, and it has this week arrived in the Kiewit Offshore Services fabrication yard in Ingleside, Texas.

The arrival of the new floating production unit is a major milestone towards the completion of Mad Dog 2. Once online, Argos will significantly strengthen BP’s high-margin oil and gas business in the Gulf of Mexico.

Construction of the 60,000-ton platform began in March 2018 at Samsung Heavy Industries shipyard in South Korea. While in Texas, Argos will undergo final preparatory work and regulatory inspections before heading offshore.

Following work at Kiewit, Argos will be towed to its offshore home in the Gulf of Mexico, and will be installed about six miles from the original Mad Dog spar, about 190 miles south of New Orleans, where it will operate in 4,500 feet of water.

At peak, the platform will produce up to 140,000 barrels of oil equivalent per day (boe/d) through a subsea production system from 14 production wells. It will be connected to and export oil and gas through nearby existing pipeline infrastructure.

Start-up of Mad Dog 2 is projected for the second quarter of 2022. 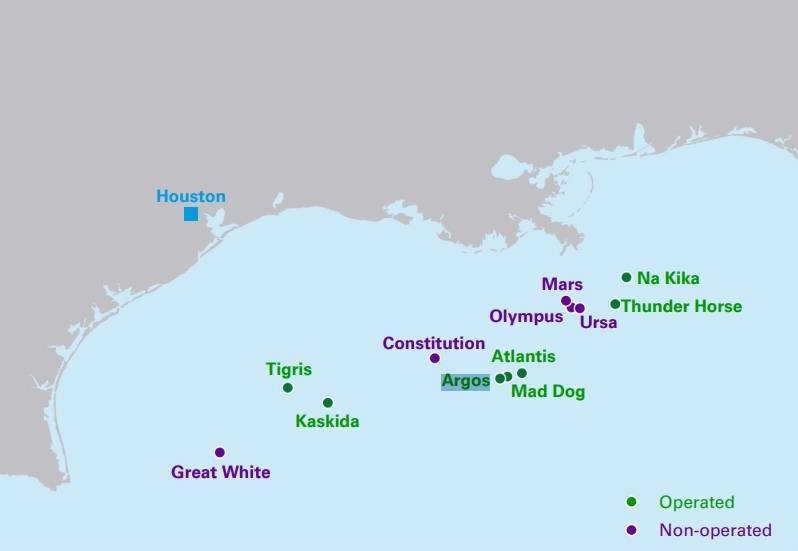