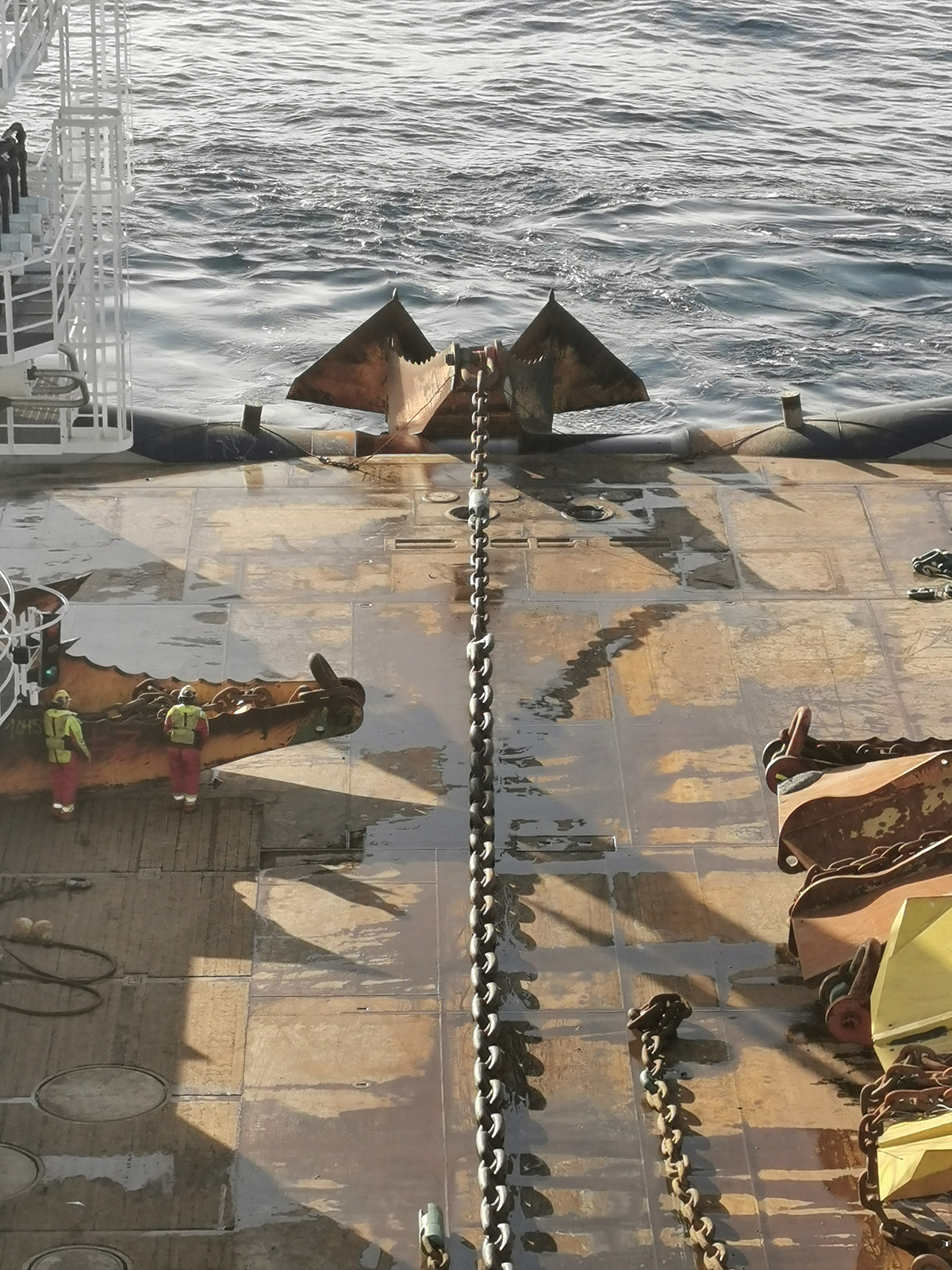 During the  anchor-laying operations, the vessel pulled against the anchor with a continuous force of 440 tonnes.

This 440 tonnes of continuous traction on an anchor pull is a world record. No vessel has ever single-handedly managed such a feat all on its own power.

Island Victory is the strongest anchor handling vessel in the world and the vessel has been busy laying the STEVSHARK®REX drag embedment anchors in preparation for the West Bollsta drilling rig. These high performance anchors are suited to more challenging soil conditions and are installed by embedding themselves into the seabed. The high force is applied to embed them correctly and also to demonstrate the holding capacity to the 100 year design load.

Over a period of just two days, all 8 STEVSHARK®REX anchors were installed without any issues at a water depth of around 100 metres, ready for hook-up to the rig. This area has historically been difficult to work in and often requires anchor resetting or piggy back anchors. The STEVSHARK®REX is designed to penetrate the seabed quickly, resulting in a shorter drag length during installation. This results in reduced time offshore and the associated cost savings.

The Solveig field is situated in the central part of the North Sea. It is being developed with subsea installations that will be tied into the Edvard Grieg platform. There is also a lot of infrastructure in place in the form of pipelines and cables on the seabed, which means a high degree of precision is required when the anchors are laid.

“We developed the STEVSHARK®REX to expand the boundaries of cost efficient and robust moorings. We are grateful for the trust Lundin Energy Norway and vessel operator, Island Offshore, have put in the STEVSHARK®REX anchor for this particular project that allowed the STEVSHARK®REX to further prove itself,” said Leopoldo Bello, Managing Director at Vryhof Anchors. “And we are of course delighted that this mooring campaign has been executed to the great satisfaction of the customer. It is yet another conformation that the anchor is a perfect example of how we support our customers in optimising mooring spreads, minimising downtimes and speeding up their operations.”