DEME Offshore and Sabca successfully performed a series of tests at the Rentel offshore wind farm in the North Sea, preparing for autonomous surveillance, rescue and detection missions in the near future. 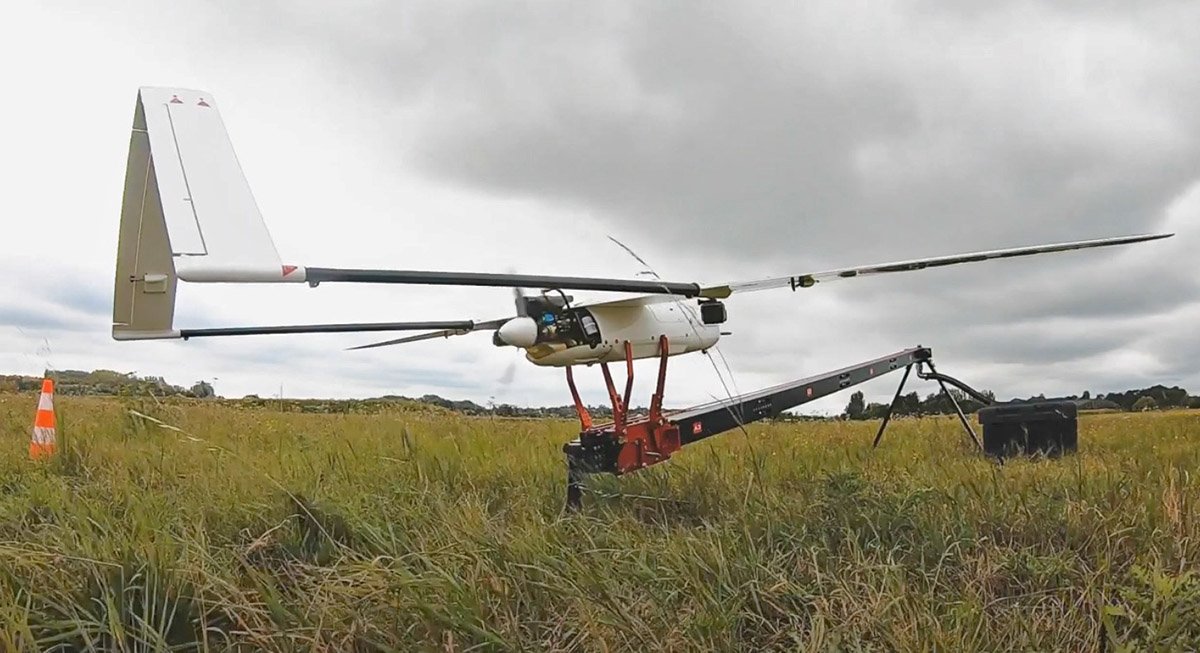 Their goal is to replace critical and ad hoc operations with autonomous aerial vehicles.

In a pioneering project in the offshore wind industry, DEME Offshore and Sabca performed tests with autonomous drones at the Rentel offshore wind farm in Belgium. The pilot study represents the first commercial, cross-border, ‘beyond visual line of sight’ (BVLOS) drone operations to take place at offshore wind farms in the North Sea.

The partners performed a diverse range of tests on various use cases including Search & Rescue operations, environmental surveys, turbine and substation inspections, as well as parcel deliveries. Uniquely, both a ‘traditional’ multicopter drone and a fixed-wing surveillance drone, which has a wing span of more than 3 m, were deployed in parallel.

The long endurance surveillance drone took off from the Belgian coast and flew all the way to the Rentel wind farm, which is more than 35 km off the coast. Meanwhile, an automated resident drone performed inspections and cargo flights from the substation and vessels. This drone also conducted a full Search & Rescue demonstration using infrared detection and life buoy dropping.

By combining the drone operations with the use of artificial intelligence for automatic image processing, a strong set of tools has been developed to automate operations which are currently being executed by people. The partners believe that applications can go beyond the offshore wind industry and offers solutions for safety-critical missions at sea or above land.