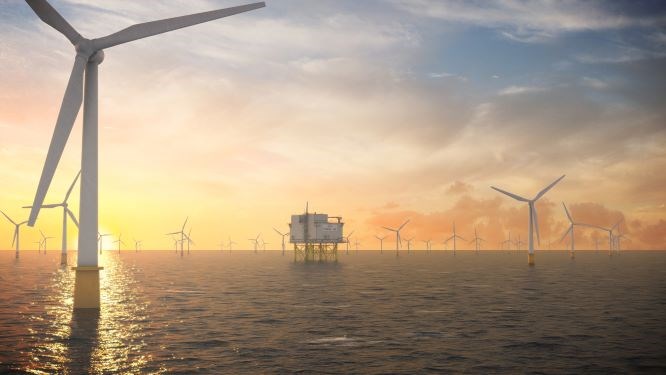 The two suppliers, which were previously appointed as tier one suppliers for the first two phases of Dogger Bank Wind Farm, are now confirmed for all three phases of the development, Dogger Bank A, B and C.

Both contracts are subject to financial close on Dogger Bank C, which is currently forecast for Q4 this year.

“Confirmation of our collaboration with Hitachi ABB Power Grids and Aibel on all three phases of Dogger Bank Wind Farm is another important milestone for our world-leading development. Working together in an integrated way will enable us to achieve optimum efficiency during the design, procurement and construction work, while the use of market-leading HVDC technology will ensure efficient and reliable transmission of renewable energy for 6 million UK households once all of the windfarm phases become operational.”

The electricity generated by the turbines at Dogger Bank, which are between 130km and over 200km from shore, will be transmitted onshore via subsea cables. Due to the distance of each of the Dogger Bank phases offshore, it will be the first HVDC connected wind farm in the UK.

An HVDC connection will ensure the renewable energy being transmitted over the long distances from the Dogger Bank offshore to the onshore grid connections in East Riding and Teesside, will be achieved efficiently while minimising losses.

Hitachi ABB Power Grids will install its compact high-voltage direct-current technology, called HVDC Light, for efficient transmission to the project’s onshore grid connections in the East Riding of Yorkshire for Dogger Bank A and B, and on Teesside for Dogger Bank C.

Aibel will work alongside Hitachi ABB Power Grids to provide the offshore converter platforms located in the North Sea.