Siemens Energy has signed an agreement with TC Energy to build and initially operate a first-of-its-kind facility to capture waste heat from a gas-fired turbine operating at a pipeline compression station and convert it into emissions-free power. 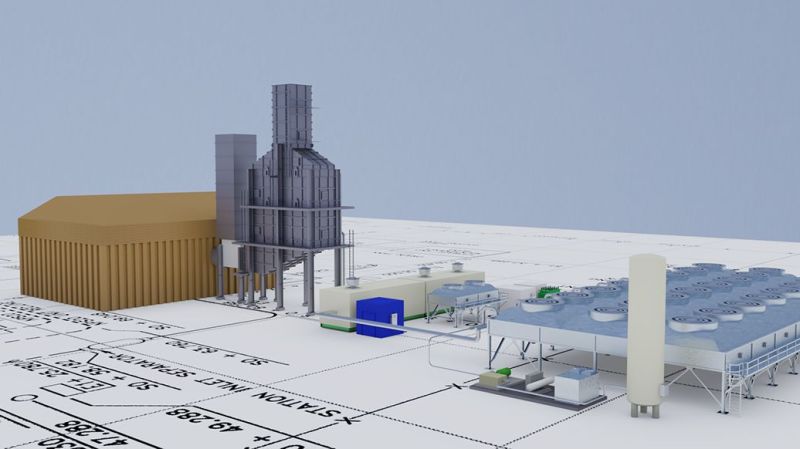 Enough electricity will be produced to power 10,000+ homes, resulting in an estimated reduction in 44,000 tons per year in greenhouse gas emissions

As part of the agreement with TC Energy, Siemens Energy will build, own, and operate the facility, with the option for ownership to be transferred back to TC Energy at a later date.

At the heart of the facility will be an innovative heat recovery process designed by Siemens Energy. The patented technology, licensed under Echogen Intellectual Property, is based on an advanced Rankine Cycle and uses supercritical carbon dioxide (sCO2) as the working fluid to convert waste heat into power.

Because of its properties, sCO2 can interact more directly with the heat source than water/steam, eliminating the need for a secondary thermal loop, typically required in traditional waste heat recovery systems.

By deploying sCO2-based waste heat recovery solutions, midstream operators can realize greater value than traditional alternatives based on Organic Rankine or steam cycles. Benefits include a 25 – 40 percent smaller footprint than steam-based systems, a 10 percent increase in compressor station efficiency, and the capability to produce clean, emissions-free electricity. Moreover, because the working fluid is contained within a closed-loop system, no boiler operator is required, making the system suitable for remote operation.

“This pilot project is a testament not only to our extensive capabilities but also to Siemens Energy’s broader commitment to bring new technologies to market that can support decarbonization in the oil and gas industry,” said Arja Talakar, Senior Vice President, Industrial Applications Products for Siemens Energy. “We are proud to partner with TC Energy to build this first-of-its-kind facility and look forward to scaling the technology to other installations in the coming years.”

The pilot project is supported by $8 million in funding from Emissions Reduction Alberta’s (ERA) Industrial Efficiency Challenge. For more than 10 years, ERA has been investing the revenues from the carbon price paid by large final emitters to accelerate the development and adoption of innovative clean technology solutions. Since ERA was established in 2009, they have committed $616 million toward 186 projects worth $4.55 billion that are helping to reduce GHGs, create competitive industries, and are leading to new business opportunities in Alberta. These projects are estimated to deliver cumulative reductions of 35 million tonnes of CO₂e by 2030.

The new facility is expected to be commissioned toward the end of 2022 and could generate enough electricity to power more than 10,000 homes.