Europe confirmed a record amount of €26.3bn of investments in new offshore wind farms in 2020. 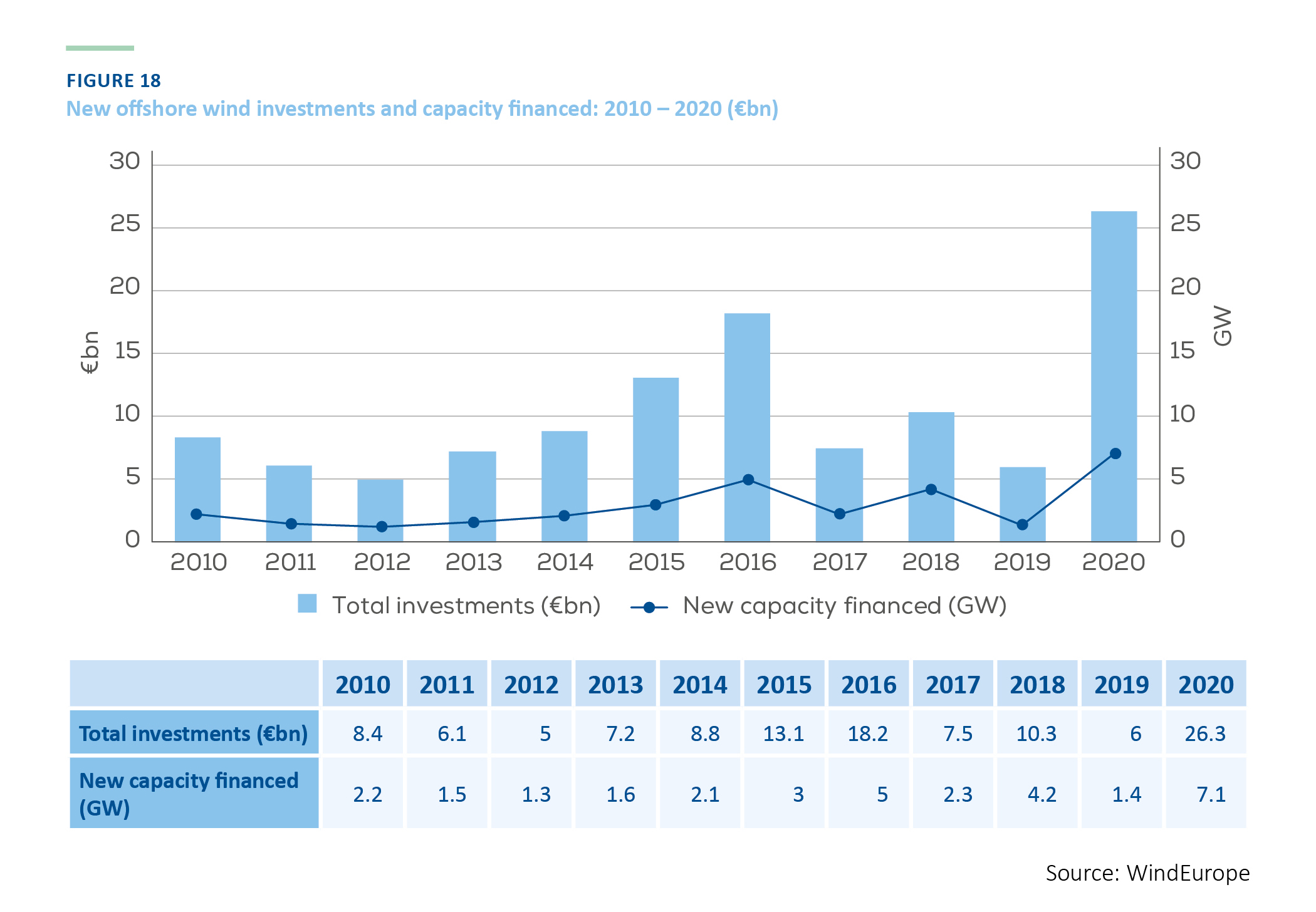 “€26 billion in new investments in 2020 is a huge vote of confidence in offshore wind. Investors see that offshore wind is cheap, reliable, and resilient – and that Governments want more of it. And these investments will create jobs and growth. Every new offshore wind turbine generates €15m of economic activity. We expect the 77,000 people working in offshore wind today in Europe to be 200,000 by 2030,” says Giles Dickson, WindEurope CEO.

“Offshore wind is no longer just about the North Sea. It’s rapidly becoming a pan-European affair. More and more countries are making commitments on it. Poland, Spain, Greece, Ireland, the three Baltic States all have plans. And the rapid advance of floating offshore wind will help the build-out in the Atlantic, Mediterranean and Black Sea,” says Giles Dickson.

The EU Offshore Renewable Energy Strategy (ORES) that the EU Commission tabled last year was a milestone. It mapped out the regulatory framework for the expansion of offshore wind development and set a target of 300 GW offshore wind for the EU by 2050, 25 times more than what the EU has today.

“It’s excellent that many more countries have now committed to Contracts-for-Difference (CfDs) as the financing model for offshore wind. It’s cheap for governments: they pay out and get paid back depending on market prices. And it significantly reduces financing costs which means lower bills for energy consumers. The UK, Denmark, Poland, France, Ireland, and Lithuania will now all use CfDs. And Germany dropped its misguided plans to bring in a very different system”, says Giles Dickson.