The Danish Energy Agency has prequalified a total of six consortia and companies to participate in the tender for Denmark’s largest offshore wind farm to date: Thor Offshore Wind Farm with a capacity of minimum 800-1000 MW. 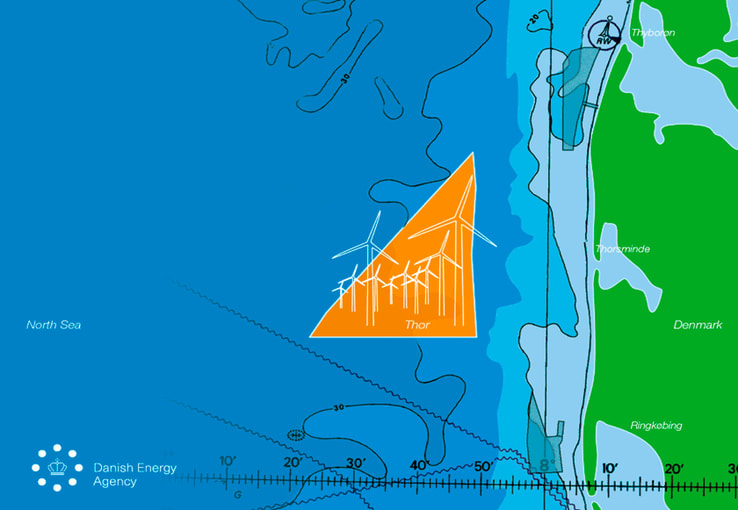 There will be competition to build Denmark’s largest offshore wind farm to date, which will be located in the North Sea off the coast at Thorsminde. By 1 December 2020, the Danish Energy Agency received a total of six applications from a broad field of consortia and companies wishing to bid for the task of building the Thor Offshore Wind Farm.

All six consortia and companies meet the criteria for financial and technical capacity, and the Agency has prequalified all six of them.

“It is a strong set of players that has applied to be prequalified to bid for building Thor Offshore Wind Farm. This confirms that Denmark remains an attractive country when it comes to investments in offshore wind. Furthermore, the great interest is crucial for a cost-effective green transition,” says Deputy Director of the Danish Energy Agency Janni Torp Kjærgaard.

The selected applicants are the following (in alphabetical order):

Total Renewables S.A.S and Iberdrola Renovables Internacional S.A.U on behalf of a not yet established entity

The Danish Energy Agency will complete the tender during 2021. The decision on the winner of the tender is expected to be announced at the end of 2021.

As something new, the park is tendered out with a flexibility of 800-1000 MW, just as the grid connection from the wind farm to the shore is included in the tender.

Thor can supply electricity to around 800,000 Danish households. The total investment costs for Thor are estimated at a total of DKK 15.5 billion.

The grid connection of the first turbine can take place from 1 January 2025, and Thor must be fully established and connected to the grid by the end of 2027 at the latest.

The licence for electricity production is given for 30 years with the possibility of an extension for 5 years.