In the effort to revive the once famed Harland & Wolff shipyard in Belfast, InfraStrata announced it has a signed a letter of intent with Triumph SubSea Services to build two windfarm development vessels at the historic shipyard. 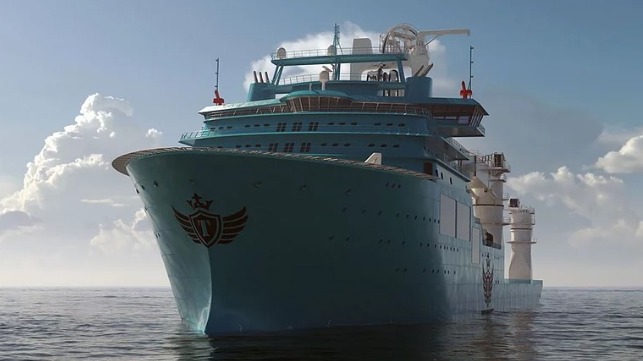 Coming just a year after the midstream natural gas company acquired the bankrupt yard, it is a key step for the shipbuilder and InfraStrata, which is working to restructure itself as a company focused on strategic infrastructure projects.

Under the terms of the agreement, Harland & Wolff would be responsible for the build, assembly, and delivery of the vessels for Triumph Subsea Services. Triumph, a new entrant in the market in its own right, has also announced ambitious plans to build out a fleet of vessels to realize the growing opportunities it sees in the sector.

The agreement calls for the construction of one 656-foot long vessel with an option for a second.  The design is for a multi-purpose vessel that can be used for fixed and floating wind farm installations, but will also be capable of sub-sea cable laying and providing marine services for offshore carbon capture and green hydrogen projects.

The WDVs will incorporate the latest in advanced marine technology, robotics, safety systems as well as autonomous systems. Additionally, the vessels will be equipped with diesel-electric hybrid engines that will eventually transition into hydrogen fuel cells.

In line with the UK Government’s target of having at least 40GW of installed wind capacity, by building the vessels in the UK they will also fulfill project developers’ obligations to incorporate as much local content as possible. The locally built ships will help the developer to be eligible for various Government-led incentives in the wind farm and marine sectors. The WDVs are expected to be fabricated with local content from a UK supply chain and will be principally utilized for projects in all nations within the United Kingdom.

According to the companies, the next steps will involve analysis of the detailed design packages, agreement of timelines and milestones from fabrication to delivery, and Triumph completing the financing agreements for the construction. They hope to finalize the contract before the end of June 2021.