DEME Concessions (DEME) and OQ Alternative Energy (OQ) are proud to announce the start of a joint project to develop a world leading, green hydrogen plant in the Special Economic Zone at Duqm, Oman in cooperation with The Public Authority for Special Economic Zones and Free Zones (OPAZ). 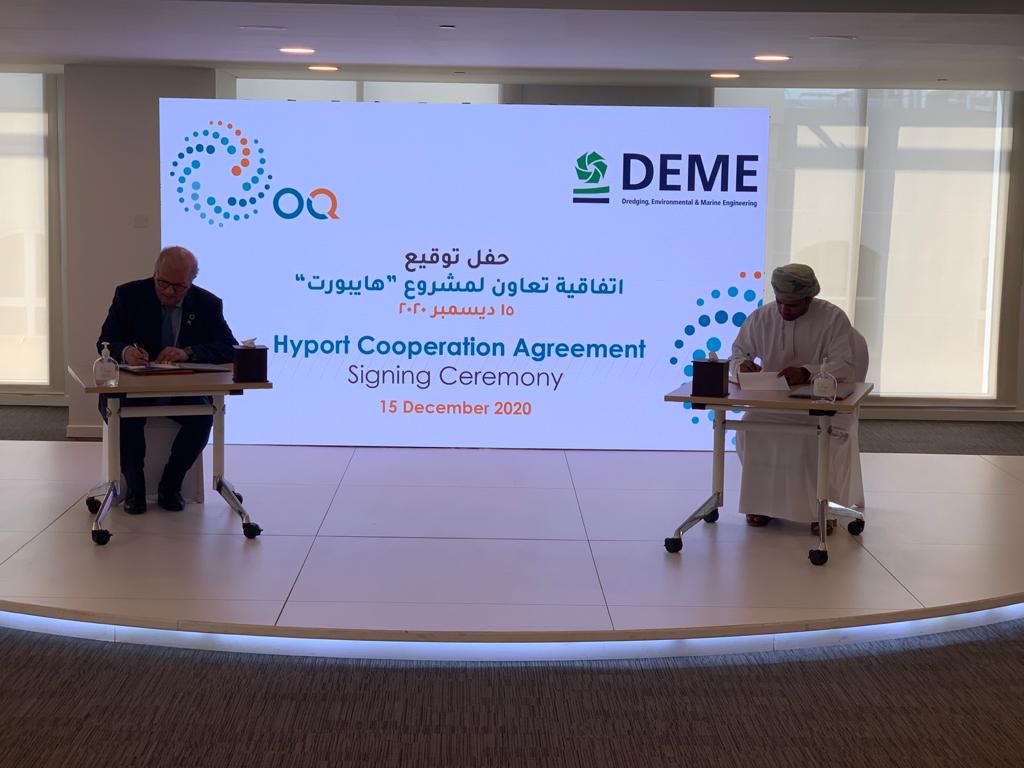 The project fits well in the Sultanate’s renewable energy strategy fostering investments in renewable and alternative energy resources, also contributing in achieving the renewable energy targets of the Oman Vision 2040. The Special Economic Zone at Duqm provides a strategic and competitive location to develop large-scale green hydrogen production, given its centrality to global trade, the favourable wind and solar resources, the existing large port facilities and the proximity to a booming industrial zone.

The facility will significantly contribute to the decarbonisation of the regional industry in Oman, as well as providing green hydrogen and/or derivatives (such as green ammonia) to international customers in Europe. The envisaged electrolyser capacity for a first phase is estimated between 250 and 500 MW. Following this first phase, upscaling of the installation is also foreseen. The geographic location advantage of being in the Special Economic Zone at Duqm is the availability of competitive renewable energy (solar and wind), as well as large, accessible sites.

The Public Authority for Special Economic Zones and Free Zones (OPAZ) is extending its full support in facilitating the implementation of the project in the Special Economic Zone at Duqm. A site has been reserved with OPAZ to allow the installation of a solar and wind park on a site ideally located along the windy Omani coast and Arabian Sea. In addition, OPAZ is coordinating with all the government related entities to allow for a smart usage of the infrastructure that is being set up in the Special Economic Zone at Duqm. This includes access to high voltage power lines, access to the sea water intake for the generation of demineralized water and access to the Duqm Port for the export of green hydrogen and its derivatives.

On the project, His Excellency Dr. Ali bin Masoud Al Sunaidi, Chairman of the Board of Directors of OPAZ, commented: “The start of this cooperation between DEME and OQ is very important, not only for the project, but towards the biggest cause of placing Duqm as hub in the Hydrogen Value chain. The step is also complementing the recently announced decision of the Public Authority of Special Economic Zones and Free Zones of dedicating 150 square km of land for green energy projects in the Special Economic Zone at Duqm, in line with the Oman Vision 2040.”

Salim Al Huthaili, CEO Alternative Energy at OQ commented: “Oman is blessed with solar and wind resources and their potential for renewable ener 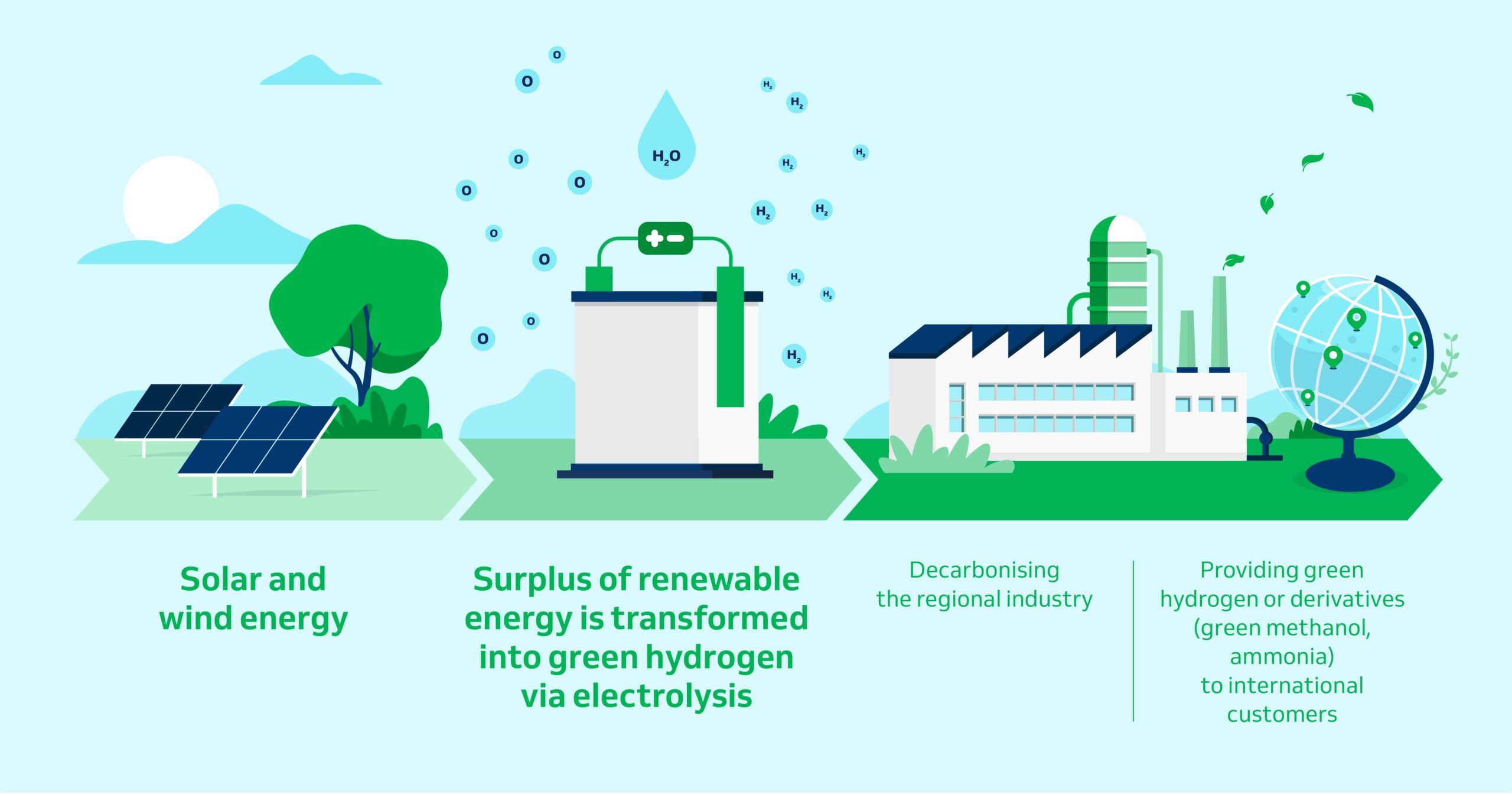 Alain Bernard, Executive Chairman DEME Concessions and Deputy Chairman Port of Duqm Company: “We are thrilled to engage with OQ Alternative Energy into the next step of the ambitious HYPORT Duqm Green Hydrogen Project. It is a major step in both our collaboration with the Omani Authorities as well as our partner the Port of Antwerp in the development of the Port of Duqm and related industrial and shipping activities.”