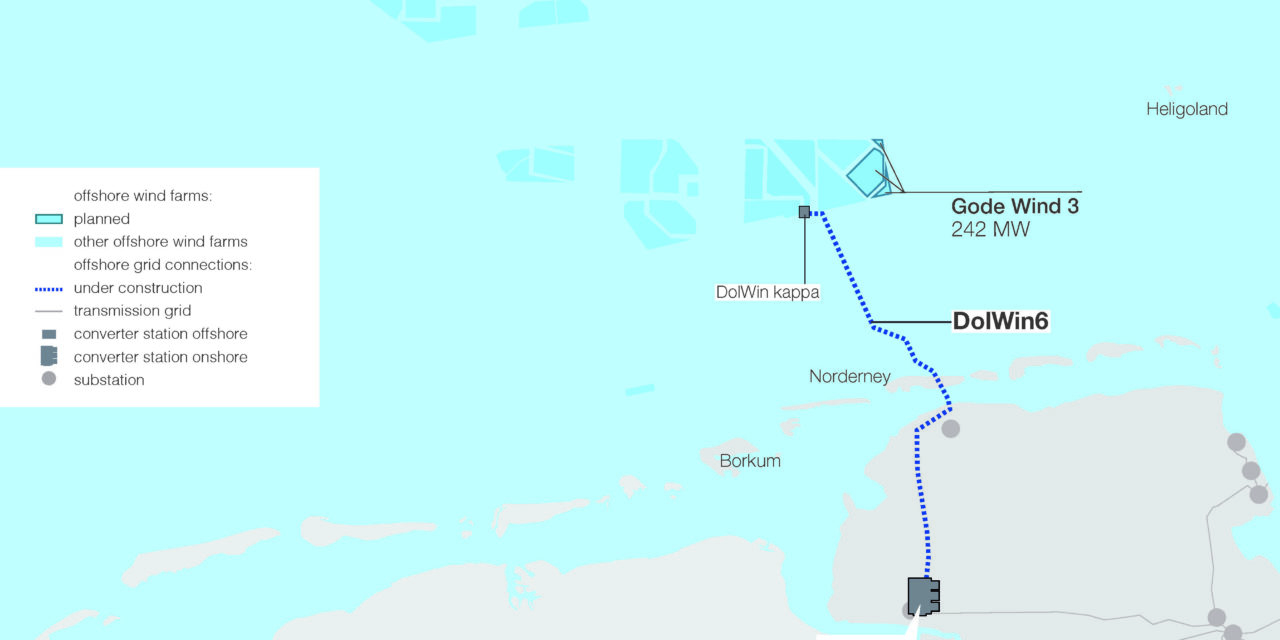 ZTT will deliver cable systems to link offshore wind farms to HelWin beta and DolWin kappa converter platforms in the North Sea, with the cable routes being five and 16 kilometre respectively.

The first cable laying is planned for summer 2022 to connect the Kaskasi II project and the second one is expected to take place the following year for the Gode Wind 3 offshore wind farm.

The cable systems will be produced by ZTT at one of its manufacturing base in Nantong/ China and then transported to Europe.

Two cable systems with a conductor cross-section of 630 square millimetres will be used to transmit 342 megawatts on the five-kilometre long route between the wind farm’s transformer station and HelWin beta. Using the HelWin2 grid connection, the electricity is transported over 130 kilometres to the land station in Büttel (Schleswig-Holstein) and fed into the extra-high voltage grid.

For the cable laying that will follow in the summer of 2023, TenneT uses the first time the advanced three-phase cable with a conductor cross-section of 1,200 square millimetres, which will transport the almost 242 megawatts from the Gode Wind 3 wind farm via just one cable system. Various cables and pipelines to be crossed pose a particular challenge, and the route, which is over 16 kilometres long, also runs through the Gode Wind 1 wind farm, which is already in operation. Gode Wind 3 is connected to the extra-high-voltage grid via DolWin kappa and the associated DolWin6 grid connection in Emden/East (Lower Saxony).