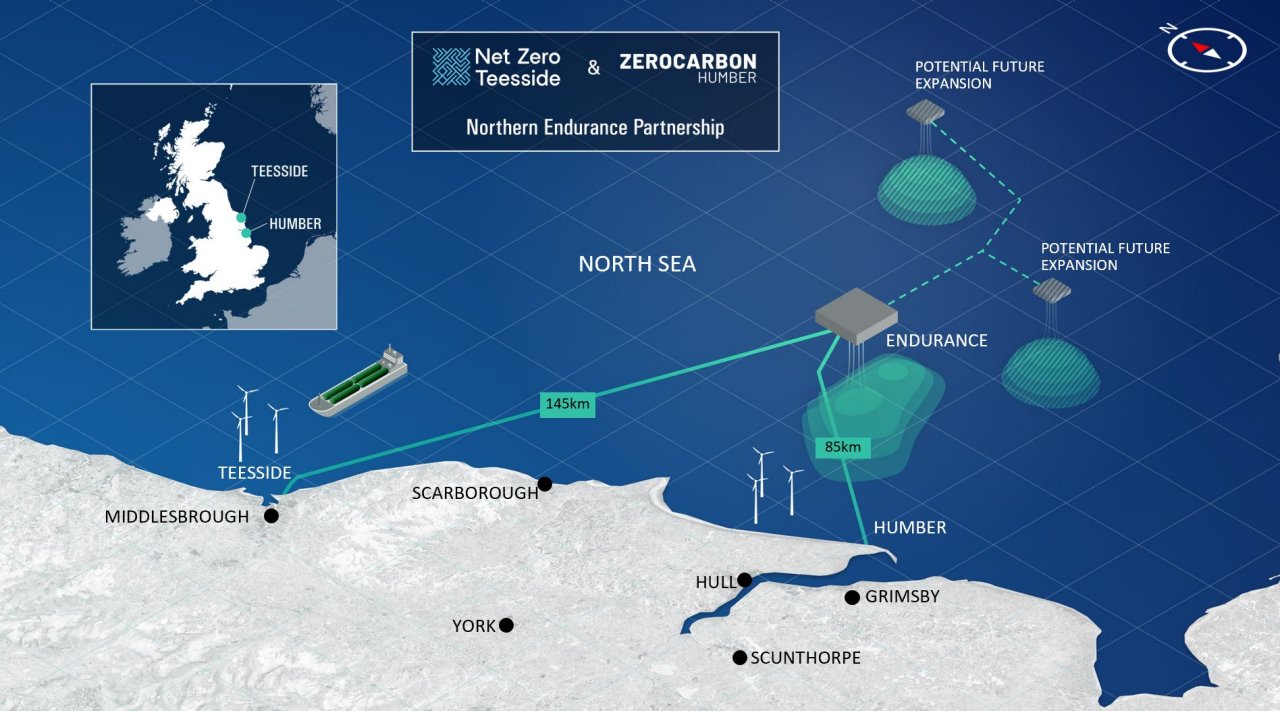 Net Zero Teesside (NZT) and Zero Carbon Humber (ZCH) are at-scale decarbonisation projects that will kick start decarbonisation of industry and power in two of the UK’s largest industrial clusters. Both projects aim to be commissioned by 2026 with realistic pathways to achieve net zero as early as 2030 through a combination of carbon capture, hydrogen and fuel-switching. If successful, NEP linked to NZT and ZCH will allow decarbonisation of nearly 50% of the UK’s industrial emissions.

NEP has submitted a bid for funding through Phase 2 of the UK Government’s Industrial Decarbonisation Challenge, aiming to accelerate the development of an offshore pipeline network to transport captured CO2 emissions from both NZT and ZCH to offshore geological storage beneath the UK North Sea.