Global infrastructure operator Ferrovial has been selected for the manufacturing and assembly of the SATH floating platform in the DemoSATH project lead by Saitec Offshore Technologies in collaboration with RWE Renewables. 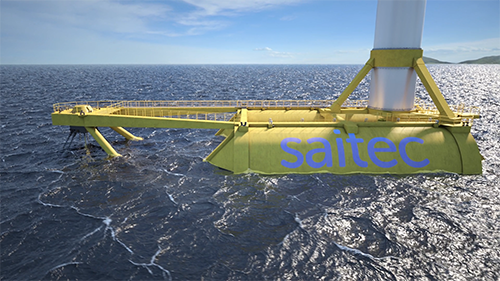 The construction package will last 14 months and covers site preparation, concrete precasting, procurement of steel bulkheads and assembly of the floater along with management of the supply chain.

The award of the construction contract is a significant milestone for the project and kicks-off the on-site works in the already granted area of the Port of Bilbao (northern Spain). Work will start in November 2020 under strict health and safety rules to protect against Covid-19, and will create around 60 local jobs during the peak of the project.

In February 2020, RWE Renewables and Saitec Offshore Technologies announced they were joining forces to test a floating platform for wind turbines off the Basque Coast. The DemoSATH project will deploy the first multi-megawatt floating offshore wind turbine connected to the Spanish grid. RWE Renewables will finance part of the project costs and contribute its extensive experience as the second largest player in offshore wind globally, gaining access to the resulting findings in return.

The SATH Technology floater is based on a twin hull, made of modularly prefabricated and subsequently braced concrete elements. It can align itself around a single point of mooring depending to the wind and wave direction.

For the prototype, the structure and the 2MW wind turbine will be assembled in the port of Bilbao. The base of the structure will be approximately 30 meters wide and approximately 64 meters long. The platform, including the turbine, will be towed to its anchorage point in a test field (BIMEP) 2 miles off the coast at a depth of 85 meter. Hybrid mooring lines, composed by chains and fiber, anchored to the seabed will hold the floating body in position. The unit is expected to go into operation early 2022. The power generated by DemoSATH will provide enough annual electricity to meet the power needs for 2,000 homes and will prevent emissions of more than 5,100 tons of CO2 into the atmosphere.

The objective of the project is to collect data and gain real-life knowledge from the construction, operation and maintenance of the unit. DemoSATH will test the offshore behaviour of the platform in addition to the construction procedure to be used in future for mass production. The various sections of the floater will be first precast and then assembled in order to prove the efficiency of the industrial fabrication conceived by Saitec Offshore Technologies for upcoming commercial windfarm developments. 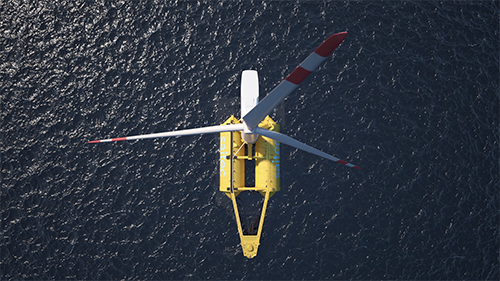