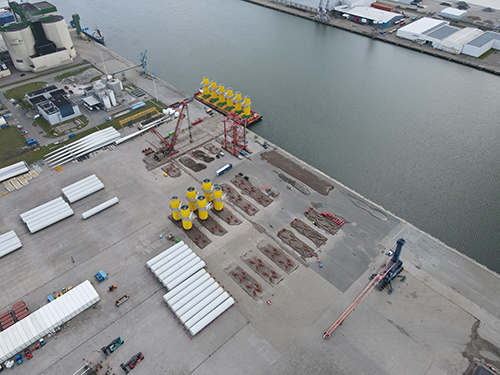 The wind farm will be the largest offshore wind farm in the world, dispersed across an area of 462 km2 when it is commissioned in 2022.

Over the next months, Buss will receive a total of 165 foundation sets, which will be handled and stored on the terminal. These foundation sets consist of a monopile, which is installed into the seabed, and a transition piece, which connects the monopile with the tower of the wind turbine. Approximately 140,000 m2 of the 250,000 m2 heavy lift terminal will be used for this project. The foundation sets will then be loaded onto DEME Offshore’s installation vessel Innovation.