Moray Offshore Windfarm East has announced that the first offshore export cable has successfully made landfall at Inverboyndie, Scotland. 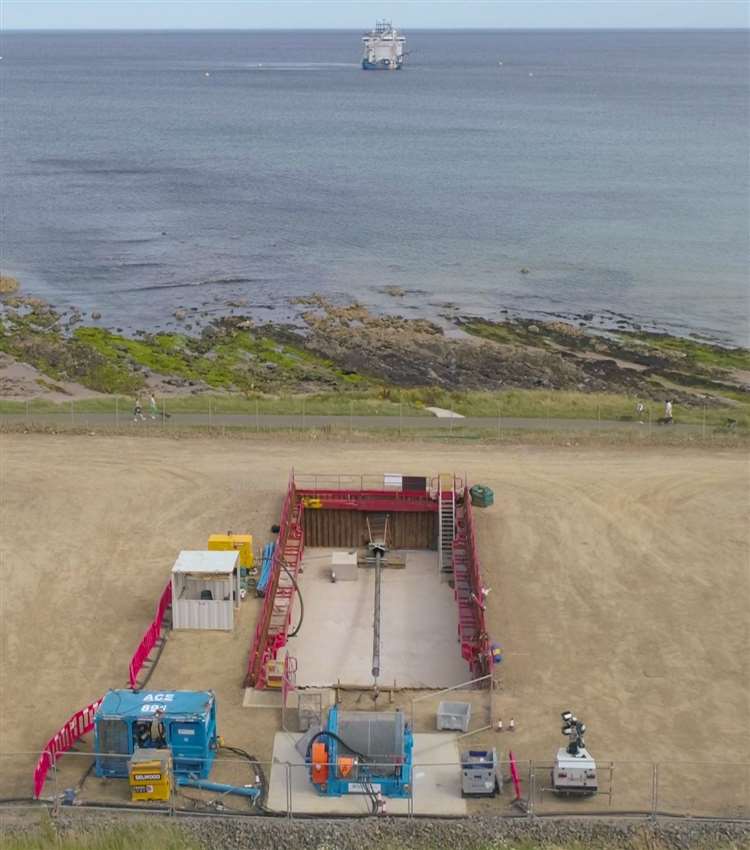 To minimise environmental impact, the cable was pulled through an underground duct which runs from a point on the shoreline between Inverboyndie and Whitehills, below the coast and the sea bed, and out to a point in the sea 1km from the coastline.

The cable was pulled from the NKT cable laying ship, Victoria, through the duct by a winch on the shore.

The cable will be one of three which will take power from the offshore wind farm via underground cable to a new electricity substation on the national electricity transmission grid near New Deer.

Moray East project director Marcel Sunier said: “This is another significant milestone for the project and I would like to congratulate all those who have made it happen safely, despite the challenging conditions we are all working under at the moment.”

The wind farm is expected to be operational by 2022.