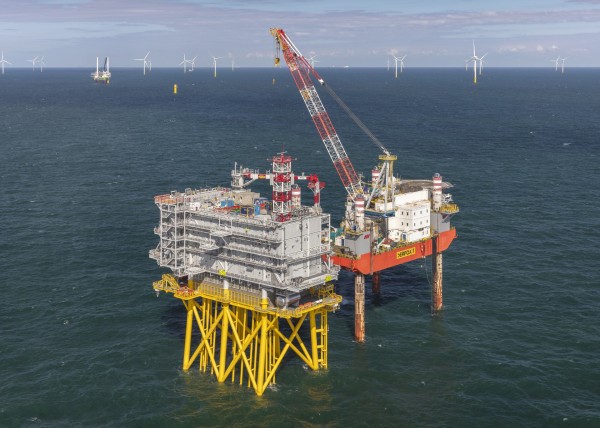 Blauwwind (Borssele III & IV) and Two Towers (Borssele V) can connect the wind turbines to the high voltage grid one month earlier than planned. TenneT has realised the entire Borssele project within schedule and budget.

TenneT received the ‘Grid Readiness’ certification from DNV GL for Borssele Beta. This means that this offshore grid connection complies fully with the conditions set out in the so-called Offshore Wind Energy Development Framework.

The Borssele III, IV and V wind farms will have a total capacity of 700 megawatts (MW), which is equivalent to the electricity consumption of around 1 million households. The electricity generated by the wind turbines is collected at sea at a transformer platform (wall socket). The voltage is converted from 66 kV into 220 kV. The electricity is then transported to land via cables in the seabed and is landed at an electrical substation at Borssele. At this station it is converted into 380 kV. Finally, the electricity is transported to the high voltage grid. TenneT is investing in upgrading the 150 kV grid in Zeeland and the 380 kV connection between the Borssele and Rilland high voltage substations to secure the transport of higher volumes of sustainable energy in the future.