CrossWind, a consortium comprising Shell and Eneco, is going to build and operate the third unsubsidised wind farm in the Dutch North Sea, in the Hollandse Kust (noord) Wind Farm Zone (HKNWFZ). 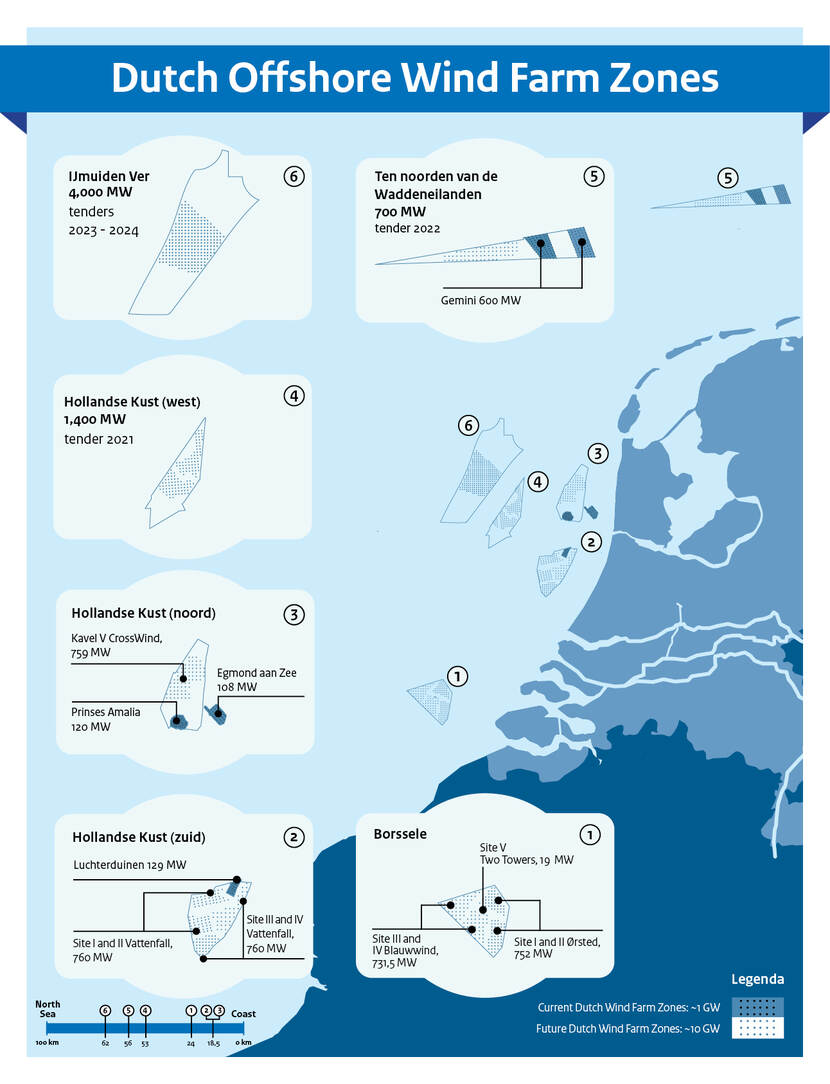 The wind farm will have a capacity of over 750 MW and its construction will mean that by 2023, offshore wind power will provide 16% of the Netherlands’ electricity needs.

In 2016, Blauwwind (comprising Shell and Eneco) was awarded the permit to build and operate sites III en IV in the Borssele Wind Farm Zone. This wind farm is currently under construction.

During the assessment of the tenders for this wind farm permit, one of the aspects focused on was the use of innovative applications. CrossWind will test a variety of innovations in the field of energy storage and flexibility, with the possibility of rolling them out on a larger scale at other wind farms in the future.

The Hollandse Kust (noord) Wind Farm Site is located around 18.5 km off the coast of the province of North Holland. CrossWind will install 69 Siemens Gamesa wind turbines, each with a capacity of 11 MW and a rotor diameter of 200 m, the majority of which will be situated over 1 km from each other. The electricity cable connecting the wind farm to the offshore ‘power socket’ will be installed by the transmission system operator TenneT.