In the first half of 2020, the amount of wind energy transmitted onshore by the transmission system operator TenneT from the North Sea rose to 11.51 terawatt hours (TWh).

This corresponds to an increase of 21.1 percent compared to the first half of 2019 (9.51 TWh). Power transmission from the North Sea accounts for a good 15.6 percent of total wind power generation in Germany, which reached 73.7 terawatt hours in the first half of 2020.

“The expansion and integration of offshore wind energy is of central importance for the European energy transition,” says TenneT COO Tim Meyerjürgens. “With Borssele alpha and – from mid-August – Borssele beta, we have now also successfully completed the first two offshore connections in the Dutch North Sea. We are making consistent progress in the key areas of innovation, standardisation and cost efficiency. Ever since TenneT set the standard for plastic-insulated direct current cables at 320 kilovolts in the offshore sector around ten years ago, we have been defining a new global benchmark for the future with our 525-kV direct current subsea cable system and its transmission capacity of two gigawatts.”

This development programme is aimed at creating a standardised cable system that TenneT will be able to use in the five projects BalWin1, BalWin2, BalWin3 (German North Sea) and IJmuiden Ver alpha and beta (Dutch North Sea) by 2030, as well as in future projects with the same power and voltage. This will reduce costs, increase the security of supply and, at the same time, minimise the environmental impact.

“We have an investment programme of around 20 billion euros earmarked for connecting offshore wind energy in the Netherlands and Germany by 2030. More than half of it will be assigned to the new 2-gigawatt standard,” says Meyerjürgens. TenneT currently has 14 offshore grid connections in operation, two of them in the Dutch North Sea (including Borssele beta) and twelve in the German North Sea. At 7,132 megawatts (MW) in the German North Sea alone, TenneT’s connection capacity already exceeds the federal government’s target for 2020, which is 6.5 gigawatts for the North and Baltic Seas in total. In the Dutch North Sea, TenneT is set to achieve 1,400 megawatts of connection capacity by mid-August 2020. By 2030, TenneT’s offshore grid connection capacity will increase to around 17 gigawatts in Germany and 9.6 gigawatts in the Netherlands. 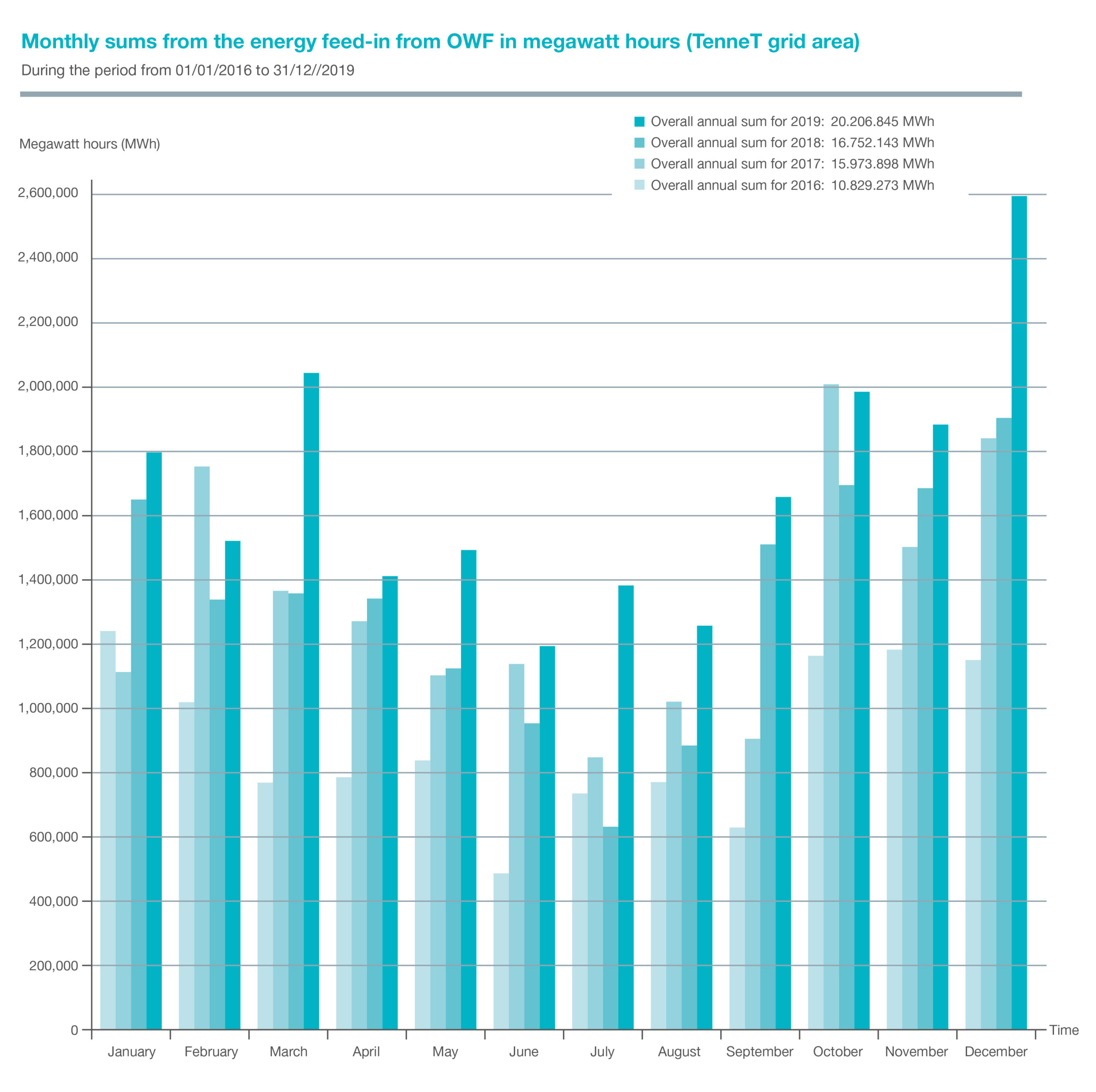 TenneT is also following the various hydrogen-related projects and initiatives with great interest and welcomes them – especially when it comes to clarification of the legal framework. As far as the North Sea Wind Power Hubs proposed by TenneT are concerned, coupling power to gas/hydrogen has been explicitly included in the concept right from the start. The North Sea Wind Power Hub project is currently dealing intensively with the issue of power to gas/hydrogen and the timely installation of hubs, and is pushing ahead consistently with these topics and studies.

In June, TenneT also made proposals to the EU and the Dutch and German governments to create an integrated energy system approach to the international development of offshore wind energy, including bespoke technology and regulations to facilitate the use of hybrid projects. “Alongside the standardisation of the HVDC technology that will be used in the future, we also need an internationally coordinated planning approach for diverse processes from spatial planning to regulation, as well as the issues of electricity market design and economic investment security,” explains Meyerjürgens. 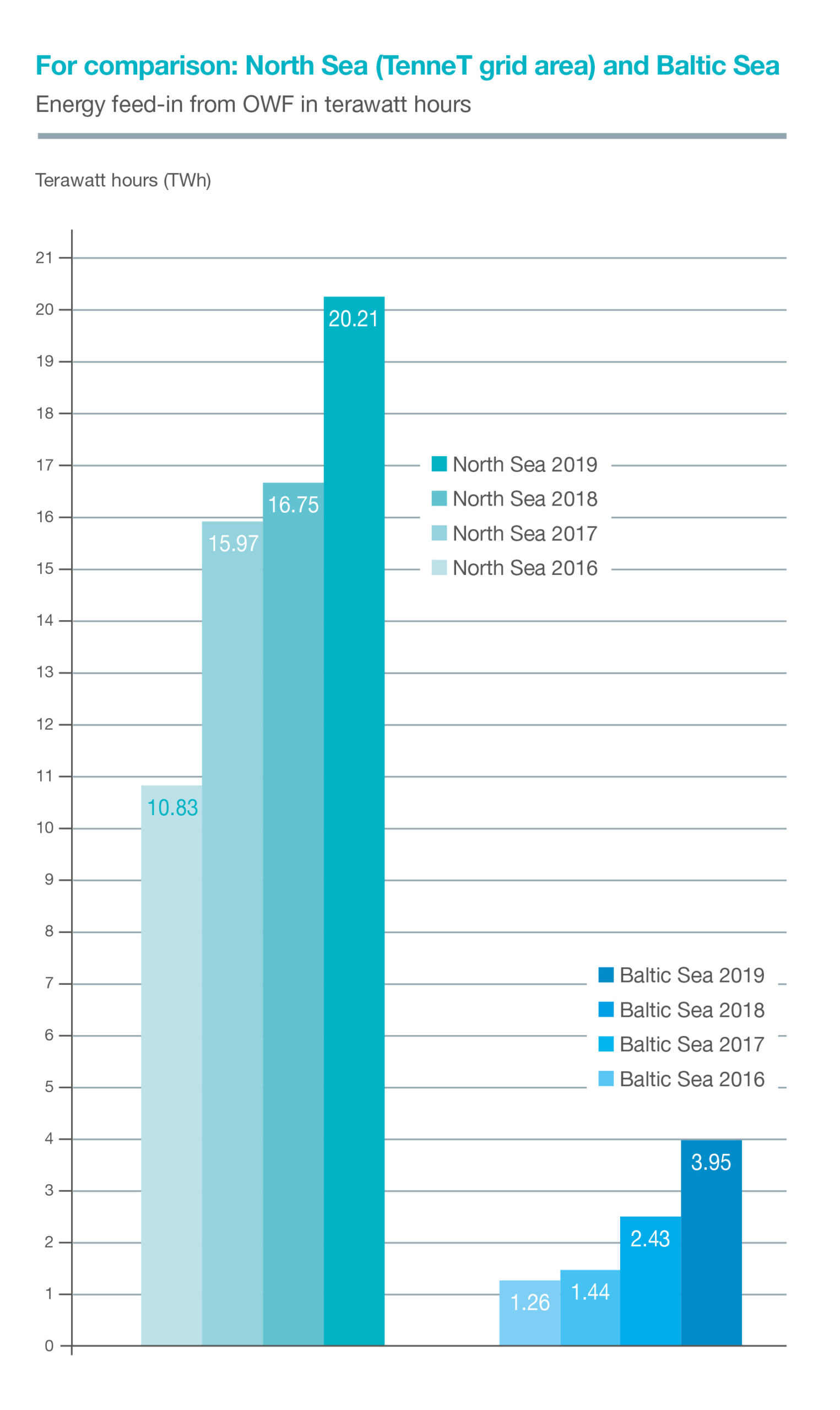