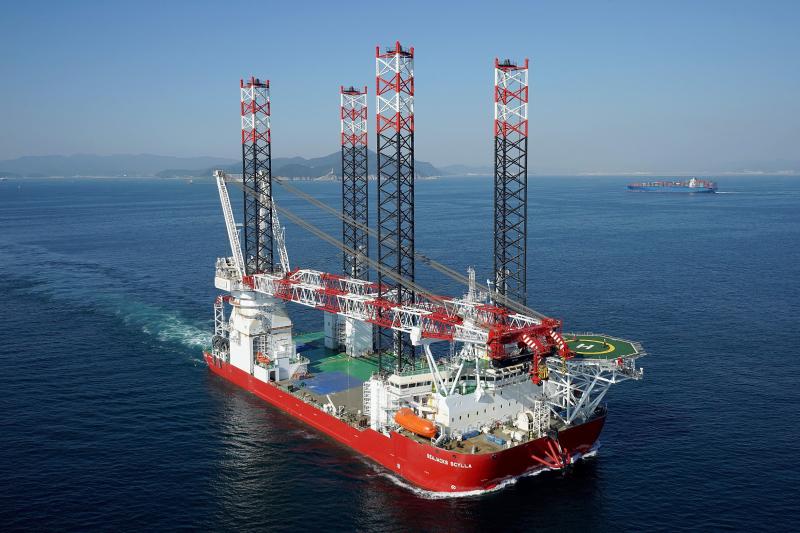 The vessel arrived at the Port of Nigg early in the morning on 25 June.

Seajacks Scylla is replacing DEME Offshore’s Orion after the latter suffered crane and deck damage as its crane hook broke at the beginning of May during a test.

Orion was scheduled to start installing 103 jacket foundations after the initially planned delivery at the end of May, including 100 foundations for MHI Vestas 9.5 MW wind turbines and three for the project’s offshore substations.

The first jackets arrived in Nigg in early May from the United Arab Emirates, from where Lamprell will deliver a total of 45 foundations for the wind turbines and three for the offshore substations.