Andreas Nauen, currently head of the offshore division, was promoted to CEO effective immediately. Meanwhile, Siemens Gamesa is also recruiting for a new permanent CFO after David Mesonero left in March. A replacement for Nauen as head of offshore will be appointed in due course, the company said.

“Andreas Nauen has successfully demonstrated his ability to handle complex projects in the past. He has extensive experience with listed companies in the renewables sector,” said Miguel Angel López, chairman of the board of directors at Siemens Gamesa. “We expect the new CEO to now stabilize the onshore area quickly.”

Nauen was previously CEO of Siemens Wind Power and also previously served as CEO of German wind turbine maker Senvion at one time.

In announcing Tacke’s departure, Siemens Gamesa confirmed it expects to post negative earnings before interest and taxes (EBIT) for the third quarter of its fiscal year and for the whole of 2020. It swallowed losses in Q1 after being hit by project delays in Norway, and Q2 was impacted by higher costs due to the effects of COVID-19. The third quarter will be hit by additional project costs, the company said. 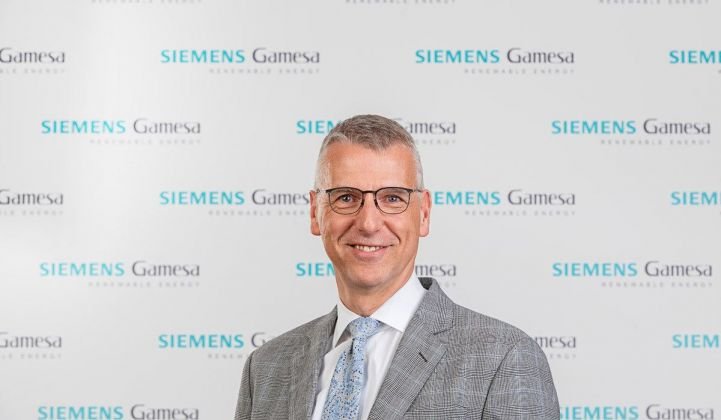 Andreas Nauen (pictured) will replace CEO Markus Tacke just months before the wind turbine maker is to be folded into a new spinoff, Siemens Energy.