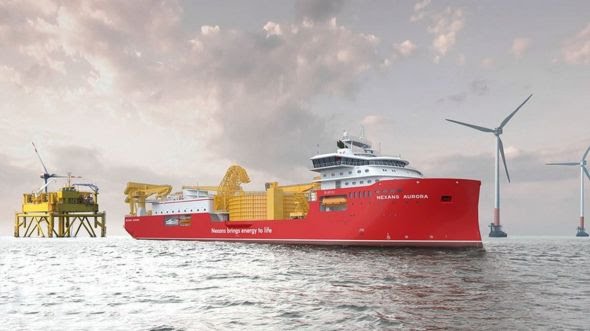 The company, which is part of the French Nexans Group, will supply offshore and onshore cables for the Seagreen 1 project, located 17 miles off the coast of Angus.

Construction on the £3bn 1,075MW development will start next year.

Due for completion in 2022/23, it will become Scotland’s largest wind farm.

The cable contract was confirmed after SSE named Nexans as the preferred supplier late last year.

Under the new contract, which is understood to be worth tens of millions of pounds, Nexans will supply three 40-mile offshore export cables from its factory in Charleston, USA.

Three 12-mile onshore cables for the project will be manufactured at Nexans’ factory in Charleroi, Belgium.

The export cables will be installed by a special cable installation vessel Aurora, which is currently under construction.