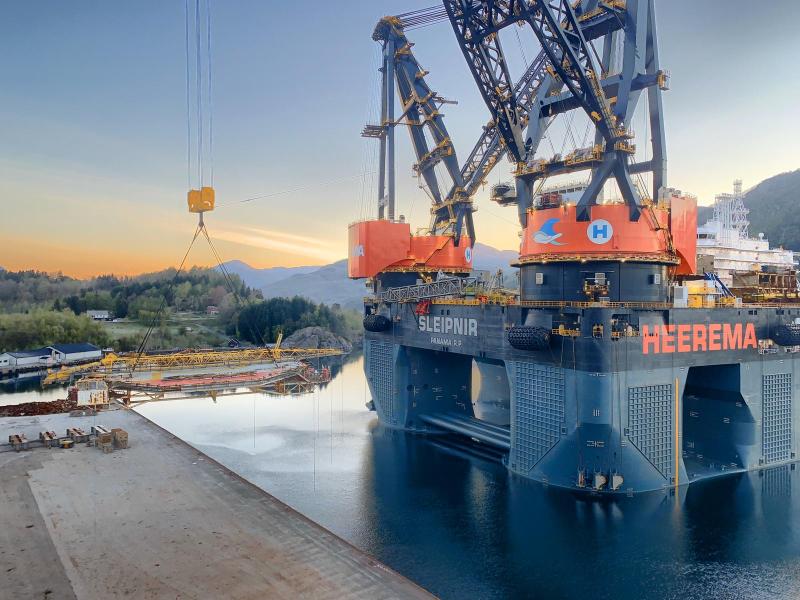 It was a unique project, as Heerema’s Champion installed the same modules for ConocoPhillips at the Greater Ekofisk Field in the 1970s. Now almost fifty years later, Sleipnir has returned to complete the journey.

This topsides campaign entailed Engineering, Preparation, Removal, and Disposal/Recycling of five modules, a crane boom, and a burner boom within the Greater Ekofisk Field. Heerema also developed a dedicated subsea excavator to prepare the jacket for removal later this season by Sleipnir. It was particularly appropriate that Sleipnir would perform the decommissioning work as it is the world’s most sustainable SSCV. Using Sleipnir made an already environmentally friendly process of removing retired platforms from our seas as sustainable as possible. During the project, Sleipnir ran on LNG when next to the platform.