Electricity grid operator TenneT, which operates in the Netherlands and Germany, will need billions of euros in the years ahead to invest in the energy transition.

Today the Minister of Finance Wopke Hoekstra and the Minister of Economic Affairs and Climate Policy Eric Wiebes inform the House of Representatives that this declaration of intent is the starting point for negotiations on the conditions for a German equity stake in TenneT.

TenneT, which manages the high-voltage network in the Netherlands and a large part of Germany, is now wholly owned by the Dutch state. Several options for raising capital have been considered recently besides Germany acquiring a shareholding. The government’s preference is for an investment by Germany in TenneT. It has become apparent from exploratory talks that Germany also sees added value in examining the possibility of an investment in TenneT.

In the coming months the Netherlands and Germany will work out the details of a possible shareholding. Among other things they will seek to safeguard the public interest in terms of security of supply, affordability and sustainability. In addition, one of the guiding principles is that the Dutch state as shareholder will only contribute to investments in the Dutch part of TenneT. The two countries aim to reach an agreement by the first quarter of 2021 at the latest.

TenneT estimates its current investment agenda for 2020-2029 to be somewhere in the region of €40bn to €50bn. Of this amount, it is estimated that €5.3bn will have to be provided by shareholders in the form of additional equity in 2020-2029. This figure will depend heavily on external factors such as the development of TenneT’s investment agenda and may therefore increase further or decrease. If the preferred scenario or a fallback scenario cannot be implemented on time, the Netherlands will also have to contribute capital for the German part of TenneT in order to maintain the company’s creditworthiness. 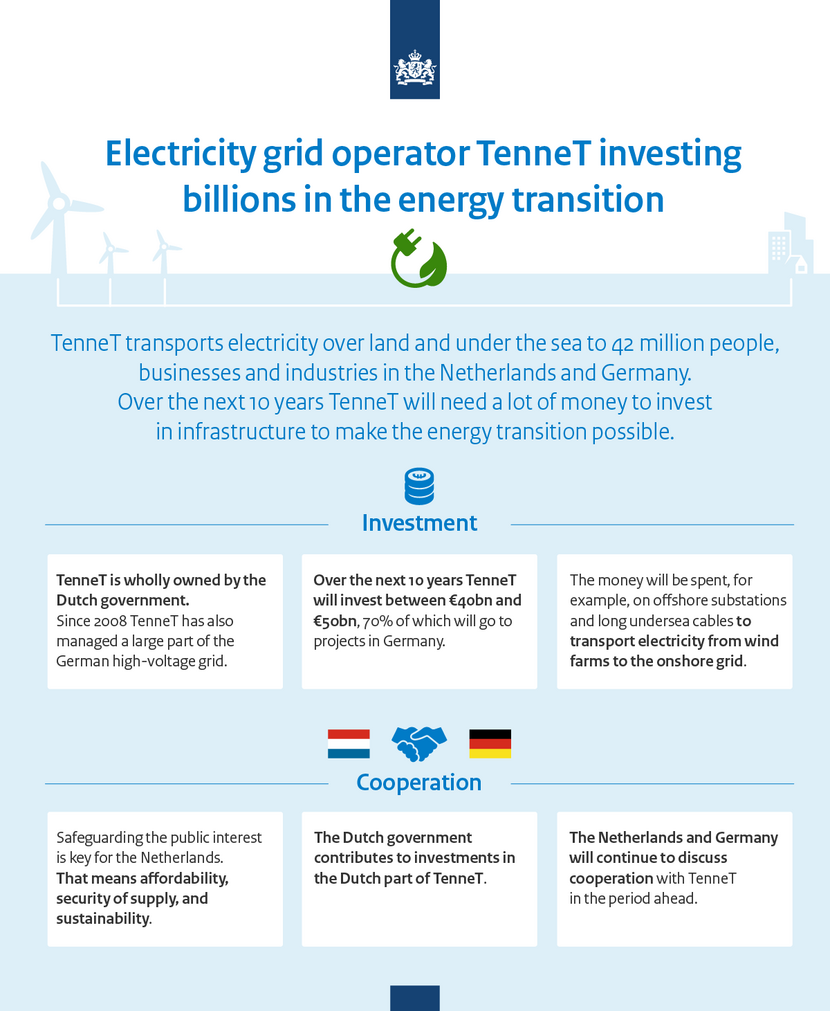