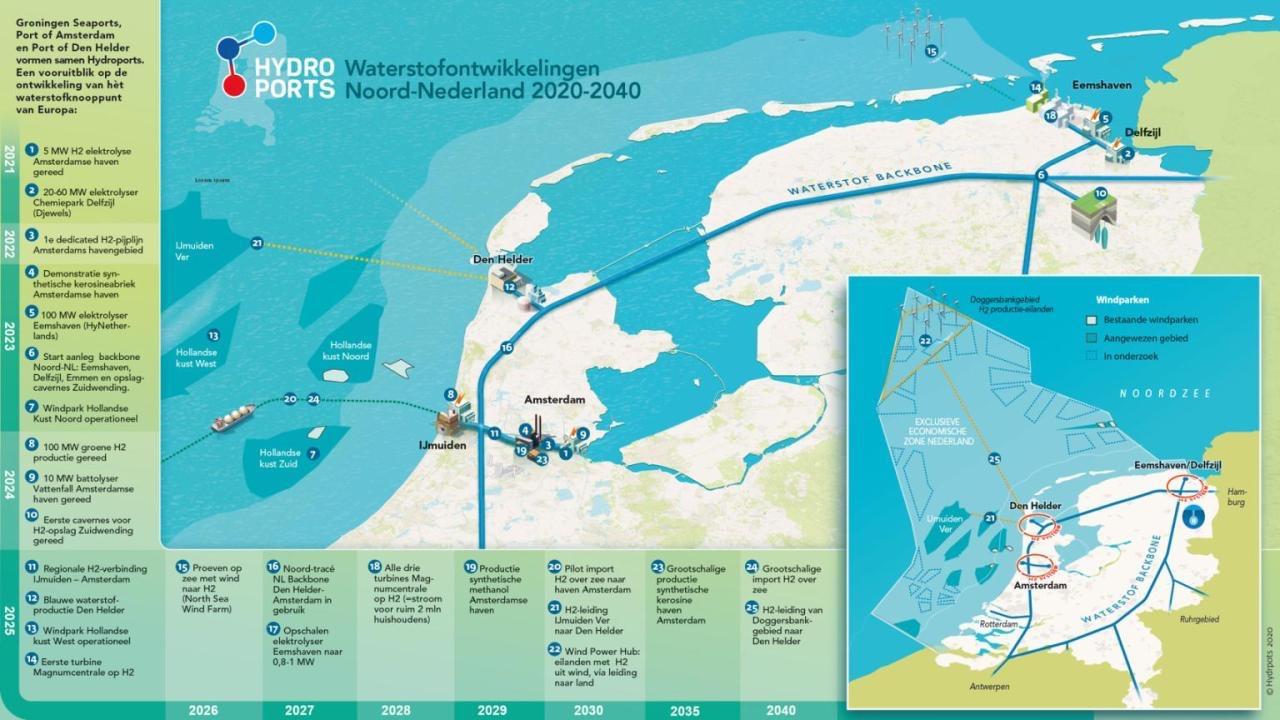 The ports are committed to realising a national hydrogen backbone. This supplies the large industrial clusters in the Netherlands with hydrogen.

The Hydroports focus on accelerated realisation of the North-Northwestern quadrant of the intended hydrogen backbone.

Each of the three ports has its own position and role in this. The position of Port of Den Helder is of strategic importance in all of this, due to its connection to the gas pipeline system in the North Sea and its central location in relation to the planned offshore hydrogen production locations.

As a first step towards this, the option of a Blue Hydrogen production facility in Den Helder is being explored, which is an important building block in the Hydroport vision. The infographic tells the whole story of the joint proposition of the three Hydroports.