This winter (Nov 2019 – March 2020), offshore wind energy covered ±9% of total electricity demand in Belgium, which represents a 50% increase over the annual average in 2019. 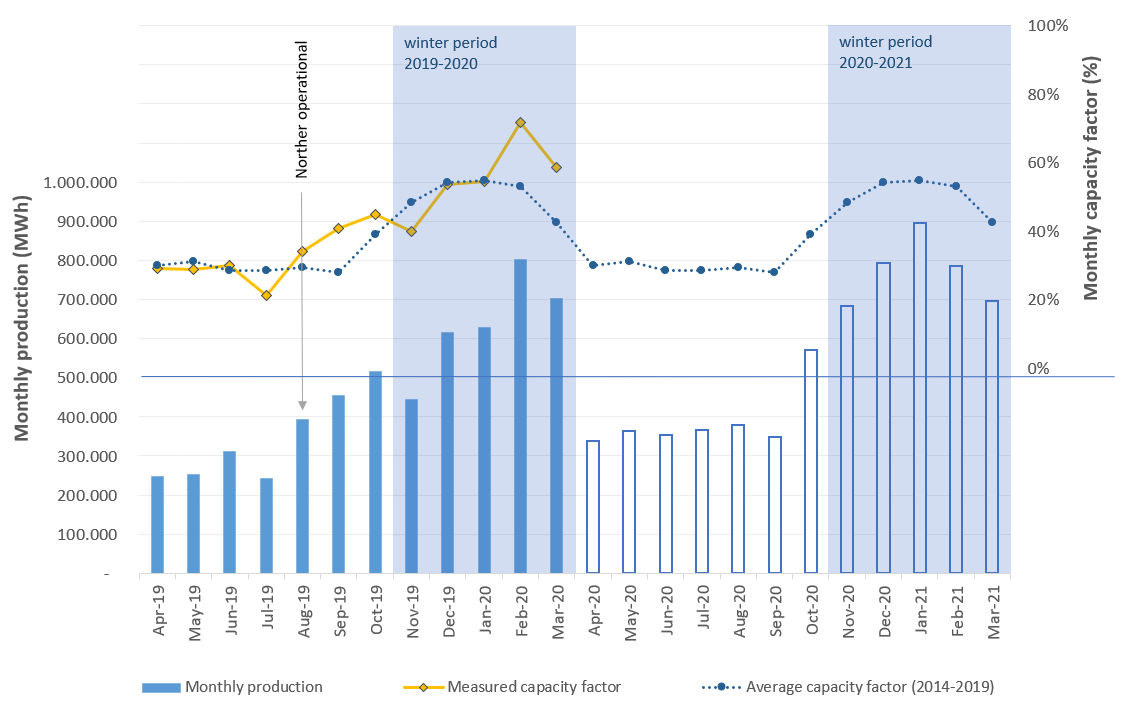 Offshore wind turbines run 95% of the time. The amount of electricity generated depends on weather conditions. In winter, the average wind speed is higher, which means that wind turbines at sea produce much more electricity. Between the beginning of November 2019 and the end of March 2020, the 6 wind farms in the Belgian part of the North Sea produced an average of 639 gigawatt hours (GWh) of electricity per month, which is 45% more than the average for the rest of the year.

February 2020 was a record month with a production of 803 GWh thanks to exceptionally favourable wind conditions during this stormy month. During the winter storms Ciara and Dennis, the majority of the wind turbines continued to produce electricity. On 29 February 2020, a production record was reached with 36 GWh of green electricity generated in the Belgian North Sea, representing 14.5% of Belgium’s total electricity consumption on that day.

Sea wind is particularly strong in winter which enables wind turbines to increase their capacity factor. This year, the capacity factor reached an average of 56% between November 2019 and April 2020, compared to 30% in the non-winter months. In February 2020, it even reached 72%. The average capacity factor in 2019 was 38.4%.

Compared to the winter period 2018-2019, offshore wind farms produced 60% more electricity this winter (3.2 TWh in 2020 compared to 2 TWh in 2019). Due to rapidly advancing technology and new wind farm installations, winter production will also increase next year and will continue to make an increasingly significant contribution towards peak winter consumption. A 25% (4 TWh) increase in electricity generation is expected next winter.