The Neptune Well Services team has been working on the L15b & L5a velocity string campaign. 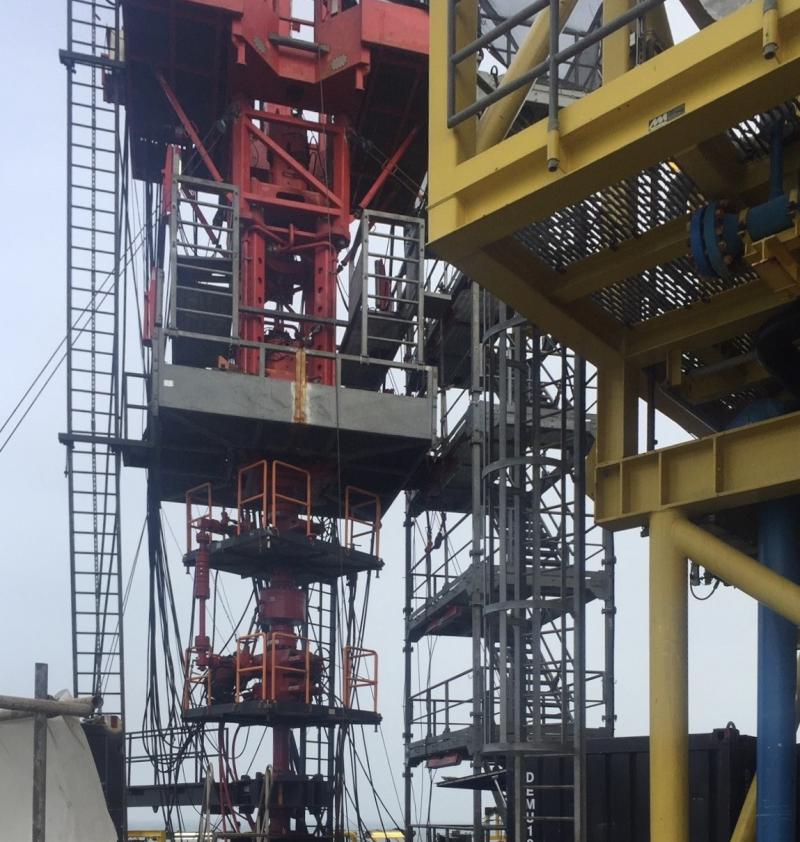 Unit. This means that the deployment of the string took place in a live well under full well pressure.

The first string was successfully installed in the L15b-A106 well resulting in a stable producing rate. This well was initially not in the scope as it was not producing anymore. However, Neptune decided to take this opportunity as it was the chance to install a velocity string with the mobilization of equipment for the other 4 wells.

The second velocity string was then installed in the L15b-A104 well, which is since then flowing steady at ˜65 kNm3/d.

Jeroen van Santen, Head of Well Services at Neptune Energy: “The velocity strings were run with a special design of velocity string hanger with integrated full bore DHSV below the hanger. This minimizes maintenance, cost, risk and enables a well to flow without restriction. I’d like to thank everybody for their cooperation, flexibility in logistics, enthusiasm and positive support to make this project not only a technical success, but also turned out to be a very cost-effective operation. Key to this success was that during the complete project the engineering and execution of these work- overs were handled by a small dedicated team.”

Operations planned this campaign one year ahead which gave the Well Services team ample time for proper engineering and preparations. It also enabled us to keep our focus on safety and a no-nonsense approach. The Well Services Team worked in close collaboration with the Production department.

This resulted in a solution driven approach of snubbing contractor WellGear, fast decision-making ability, simple designs and a limited number of interfaces. In addition, one cabin on the production platform was split up to create two more beds. With this, it was possible to keep a full crew on board and reduce chopper flights.

Sven Heijwegen, Operations Director at WellGear: “We would like to thank Neptune for the given opportunity to show our capabilities. As WellGear recognizes that velocity strings will be more and more seen as an interesting application to increase and continuation of production, we are currently developing a modular concentric snubbing package for quick interventions that will be available Q3-2020.

Jeroen adds “This campaign was most important safe and very successful – the Production, Logistics, Construction and Well Service teams’ joint forces which led up to this great performance.”