There is a great deal of interest from market parties for the Athos CCS project in the Netherlands.

Athos is a joint project of Gasunie, EBN, Port of Amsterdam and Tata Steel, with the aim to realise infrastructure for the capture, transport, storage and reuse of in the Amsterdam North Sea Canal region. A feasibility study shows no technical barriers to this initiative.

At the end of 2019, a Request for Information was made to potential partners (parties with potential storage locations in the North Sea) and customers (companies that want to supply or purchase CO₂).

The Athos project organisation is very satisfied with the large number of responses and will involve the parties in the current investigation phase.  During this phase, various options for storage locations, infrastructure and connections will be further investigated.

Athos, which is in the race for a European subsidy, is the second large CCS project in the Netherlands, next to the Rotterdam Porthos CCUS project. The Rotterdammers are in a further project phase. European Energy Commissioner Kadri Simson said at her hearing in the European Parliament in early October, to attach great importance to Porthos and other CCS projects for the realisation of the energy transition. 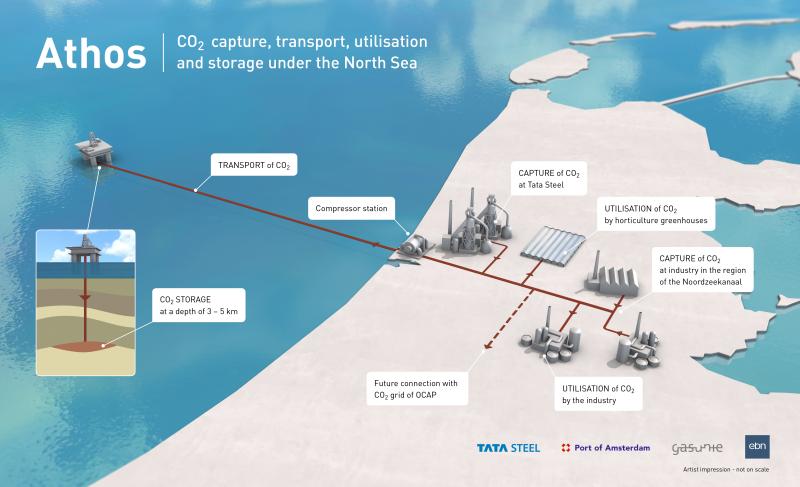