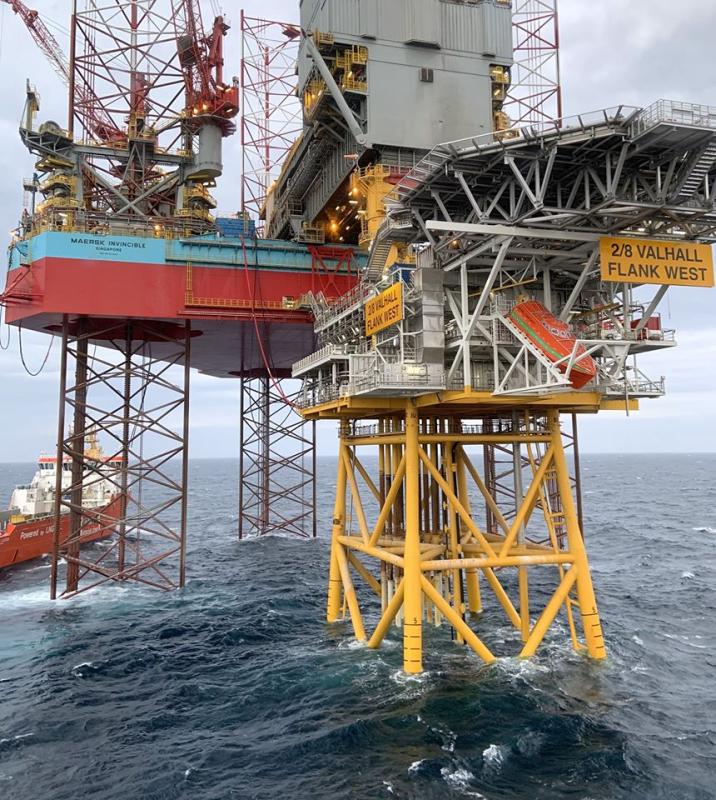 Aker BP stated, through the development of this field, the wellhead platform alliance between Aker BP, Kvaerner, Aker Solutions and ABB set a new standard for delivery of flank developments on the Norwegian shelf.

The partnership has invested NOK 5.5 billion in Valhall Flank West.

The break-even price for the development is U$ 28.5 per barrel. Around 1500 people have been involved in the project. The plan is to drill nine wells, but the option of drilling even more is being considered.

Wellhead platform, Valhall Flank West, will normally be unmanned, which will receive power from shore via the Valhall field centre.

The platform has been delivered with the world’s first electric lifeboat.