On 6 December, Equinor UK and partners started production from Barnacle, Equinor’s third upstream development in the UK to come onstream in 2019.

The field is the first in Equinor’s portfolio to be fully located in the UK while produced through existing infrastructure in Norway. The accelerated development took just 14 months from licence award to the start of production.

“Barnacle delivers value on both sides of the median line by unlocking otherwise stranded resources in the UK. The speed and success of this development relied on innovative commercial solutions and the close collaboration between partners, regulators and authorities in both the UK and Norway. Its successful delivery and those of Mariner and Utgard, along with our natural gas supplies and growth in offshore wind, underline our commitment to the UK as a broad energy company,” says Arne Gürtner, senior vice president for Equinor’s UK and Ireland offshore operations.

Barnacle is located in UK waters just 2 kilometres from the UK-Norway maritime border and consists of one extended reach well tied back to the Statfjord B platform.

Hege Flatheim, vice president for Statfjord operations, says: “By using our existing infrastructure we can realise smaller discoveries that would not otherwise have been profitable enough to develop. At the same time, we are adding valuable volumes to Statfjord B.”

Equinor announced the start of production from its Mariner and Utgard developments earlier this year. 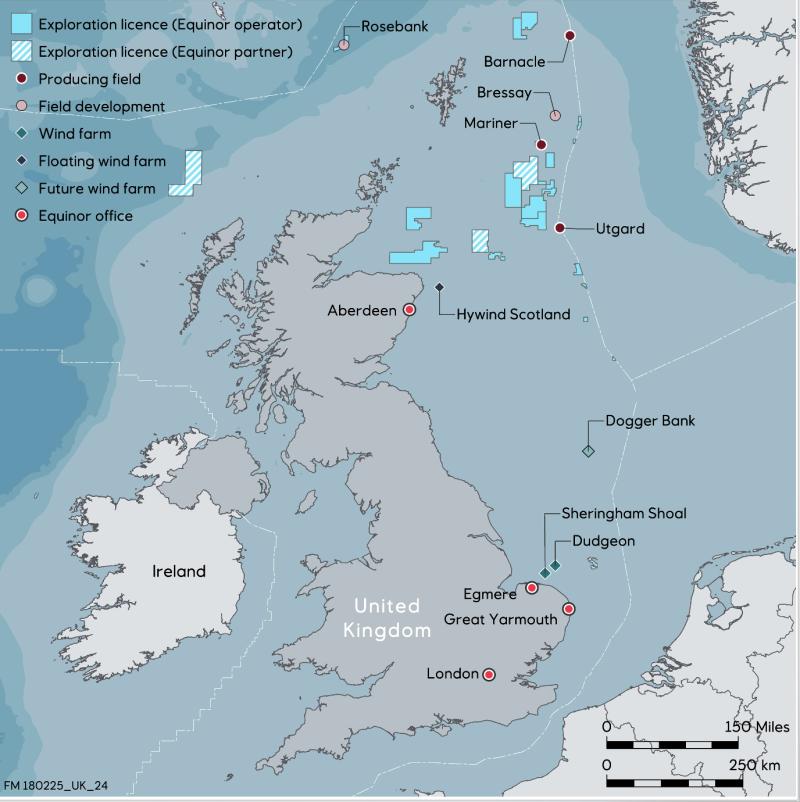