German Spanish OEM Siemens Gamesa has broken through the barrier of 1,000 installed direct drive offshore wind turbines as it embarks on the 10MW-plus era.

The company reached the milestone by recently installing turbine 51 on Iberdrola’s 714MW East Anglia One project off the UK – eight years after predecessor Siemens Wind installed its first direct drive machine at sea. The turbines are being installed by DEME Offshore’s installation vessel ‘Sea Installer’. 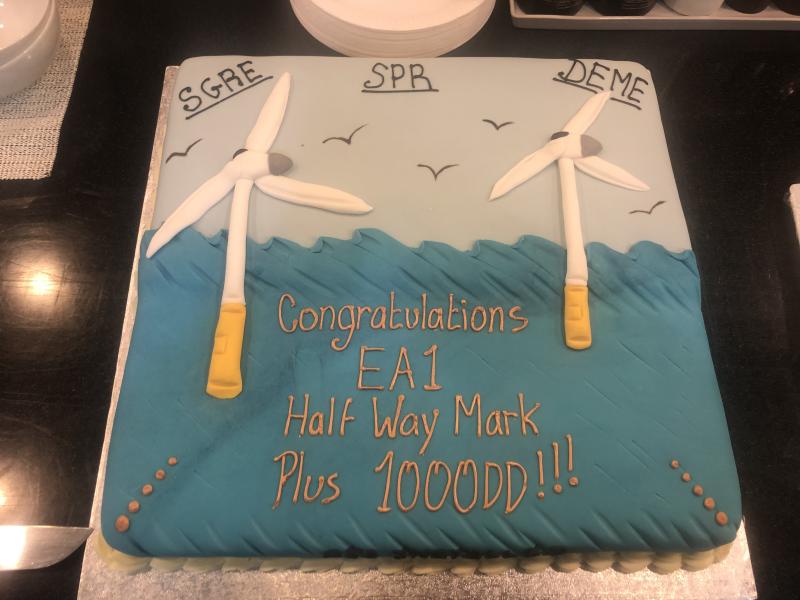 “Our contribution to combating the effects of climate change becomes more tangible with the physical installation of this turbine along with its 999 predecessors.”

The company stressed its 1.000th offshore wind turbine was erected as the OEM is expanding into new markets such as the US, Japan and France.

Just one day later, the company won 1.5GW in orders for the beefed-up version for the Hollandse Kust South 1-4 projects that are slated to be made firm as soon as Dutch authorities rubber-stamp a switch to the larger machine, following on from an earlier preferred supplier agreement between Siemens Gamesa and developer Vattenfall.

“The levelised cost of energy from offshore wind has decreased rapidly over the last few years, fully establishing the technology as on-par with traditional industrial power generation methods,” Nauen said.

“Our order backlog with an additional 1,000+ SGRE direct drive offshore turbines is a testament to this achievement, and to the trust placed in us by our customers.”