The EU Commission’s big goals for offshore wind – between 230 and 450 GW by 2050 – are achievable provided the right investments in electricity grids and Governments take the right approach to maritime spatial planning.

That’s the conclusion of a new WindEurope report ‘Our energy, our future’ released today at Offshore 2019 in Copenhagen.

The report is a remit from the Energy Ministers of the 10 ‘North Seas’ countries who coordinate their work on offshore wind with each other and the Commission.

The report concludes that 212 GW should be deployed in the North Sea, 85 GW in the Atlantic (including the Irish Sea), 83 GW in the Baltic, and 70 GW in the Mediterranean and other Southern European waters. This reflects the relative wind resources, proximity to energy demand and the location of the supply chain.

The report also breaks down how would each country would deploy in an optimal scenario. The 380 GW that would deployed in Northern European waters would require less than 3% of the total space there.

The report considers how much it would cost to build these large volumes of offshore wind. It shows how maritime spatial planning is key to minimise costs. In at least 60% of the North Seas it is not possible to build offshore wind farms today. 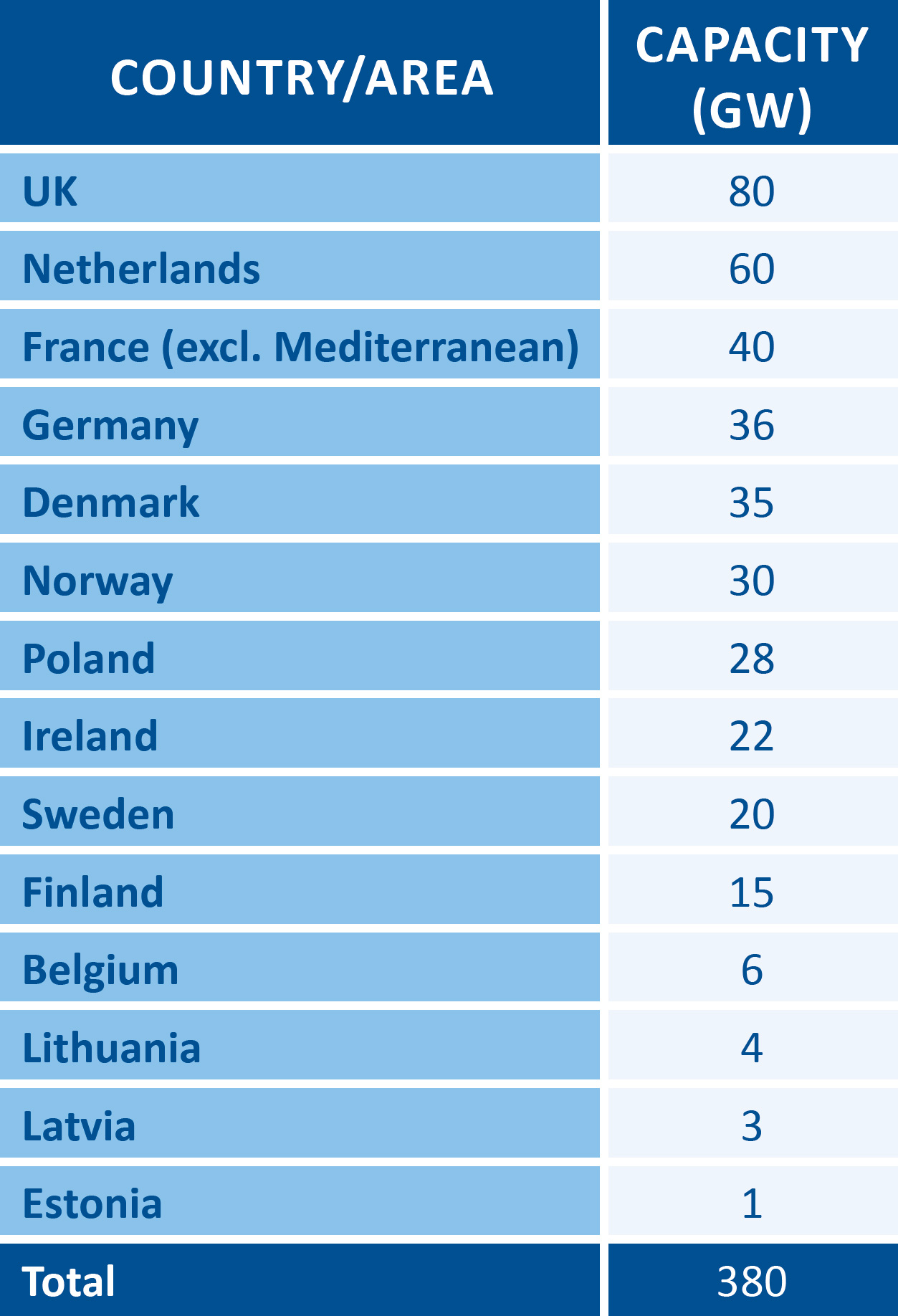 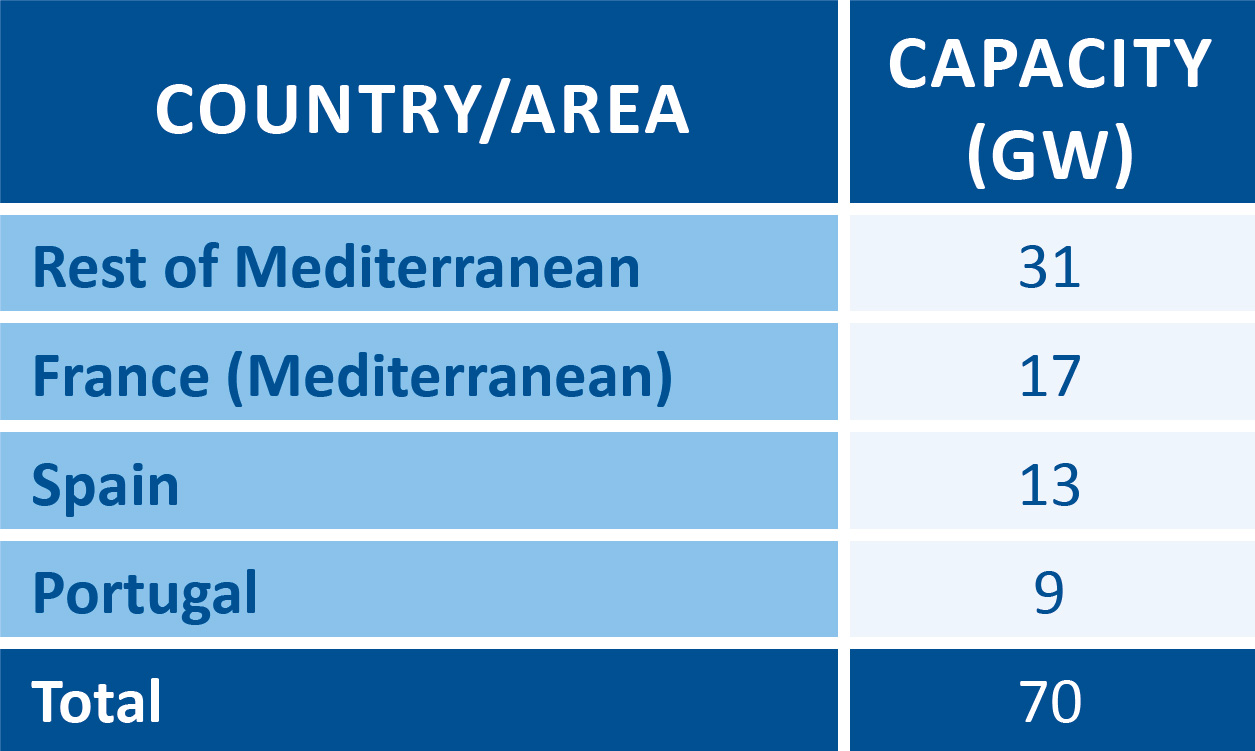 These ‘exclusion zones’ exist either for environmental reasons or because space is set aside for fishing, shipping and military activity. They mean we can only build less than a quarter of the required volumes at very low cost – below €50/MWh. But with a different approach to maritime spatial planning, with climate change at its heart, we could build much more at these prices – and benefit fully from the spectacular cost reductions achieved in recent years. Multiple use, e.g. allowing certain types of fishing in offshore wind farms, would really help.

Building 450 GW offshore wind by 2050 requires Europe to install over 20 GW a year by 2030 compared to 3 GW today. The industry is gearing up for this, but it’s crucial that Governments provide visibility on volumes and revenue schemes to give long-term confidence for the necessary investments.

Governments should also anticipate this significant growth in offshore wind in their planning for both offshore and onshore grid connections. Not least since there is a 10-year lead time on planning and building the grids needed for offshore wind. Offshore grid investments will need to rise from less than €2bn in 2020 to up €8bn a year by 2030.

Europe also needs to provide a regulatory framework for offshore wind farms that have grid connections to more than one country. These ‘hybrid’ projects will enable us to pool assets and infrastructure and reduce costs.

Capital expenditure on offshore wind including grids will need to rise from around €6bn a year in 2020 to €23bn by 2030 and thereafter up to €45bn.

WindEurope CEO Giles Dickson said: “The EU says Europe needs at least 10 times as much offshore wind as we have today meet the 2050 goal of decarbonising energy. The International Energy Agency believes offshore wind could become the no. 1 source of power generation in Europe in the early 2040s. The report shows that it is do-able and affordable. But three things need to happen: the offshore wind supply chain keeps growing; we build the grid connections; and we get the maritime spatial planning right.