The shareholders’ committee, Eneco Groep N.V. and a consortium of Mitsubishi Corporation and Chubu Electric Power Co. are pleased to announce today that they have reached an agreement on the sale of all shares in Eneco for a total value of EUR 4.1 billion. 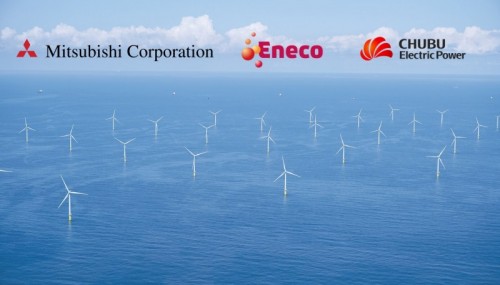 Highlights of the agreement:

o Eneco will become the European centre for all energy-related activities of Mitsubishi Corporation, a global enterprise with great ambitions in the area of energy transition, and Chubu, the 3rd largest Japanese energy company with about 10.2 million retail customer contracts and focussed on non-fossil energy sources

o the brands of Eneco, its corporate culture and corporate identity remain unchanged

o the head office of Eneco remains in Rotterdam

The Consortium has made the best offer for the shareholders and all other stakeholders of Eneco, including its employees, with the best terms and conditions, including price, and deal certainty. In the upcoming period, the 44 municipal shareholders will be given the opportunity to take a final decision on the sale of their shares.

The shareholders’ committee, the board of management and the supervisory board of Eneco completed a diligent privatisation process in the past months, with consideration for the interests of all stakeholders. This has led to today’s announcement. The transaction is subject to approval of the relevant authorities, including the Dutch minister of Economic Affairs and Climate Policy.

Takehiko Kakiuchi, CEO of Mitsubishi Corporation: “We are impressed by Eneco’s achievements and its market position and intend to further build on that position. Eneco and we have been successfully working together since 2012 in a long-term strategic partnership and as a result have a proven track record of successful collaboration on various renewable energy projects. We share the same long-term vision of “Everyone’s sustainable energy”, have a good cultural fit and we firmly believe that Eneco is well positioned to continue to play a leading role in the energy transition. Eneco fits in perfectly with our current energy activities and provides us with a platform to further grow in the European market in which we intend to have a leading position in the energy transition. We strongly believe that we are the best partner for all stakeholders of Eneco and look forward to jointly further develop a sustainable strategy.”

Ruud Sondag, CEO of Eneco: “With the consortium of Mitsubishi Corporation and Chubu we have found shareholders that support Eneco’s strategy for a hundred per cent. Our partner for several years, Mitsubishi Corporation, will now become our largest shareholder. And, equally important: Eneco will remain intact as an integrated and independent Dutch energy company. We will receive ample opportunities for expansion both inside and outside Europe. I am proud that the shareholders’ committee, supervisory board and board of management have jointly and in unanimity reached this positive result. At least as important is that the central works council also has a positive view on Mitsubishi Corporation and Chubu as future shareholders and has rendered an unconditional positive advice. We are looking forward to continuing to work on the energy transition and a sustainable future, together with our customers, employees, partners, governments and new shareholders.”

In the Consortium, Eneco has found new shareholders that fully endorse, strengthen and contribute to the further national and international development of Eneco’s strategy. The Consortium has the best offer for the shareholders and all other stakeholders of Eneco, with the best terms and conditions, including price and deal certainty. Mitsubishi Corporation, a global player with strong ambitions in the area of the energy transition, is a partner with which Eneco has cooperated successfully in the past and which is committed to long-term shareholdership. Having the Consortium as new shareholders will mean that Eneco remains intact and independent and that the employment will remain unchanged. The Consortium will provide Eneco additional financial strength and guarantees the best terms and conditions, including price, for the current shareholders.