ExxonMobil has awarded SBM Offshore contracts to perform Front End Engineering and Design (FEED) for an FPSO for the Payara development project located in the Stabroek block in Guyana.

Prior to necessary government approvals and project sanction, the contract award will initiate a limited release of funds to begin FEED activities and secure a Fast4Ward hull.

The Fast4Ward hull is a standard design with the flexibility to be utilized for projects across the deepwater market. Following FEED and subject to government approvals in Guyana, project sanction and an authorization to proceed with the next phase, SBM Offshore will construct, install and then lease and operate the FPSO for a period of up to 2 years, after which the FPSO ownership and operation will transfer to EEPGL.

The FPSO, to be named Prosperity, will utilize a design that largely replicates the design of the Liza Unity FPSO. As such, the design is based on SBM Offshore’s industry leading Fast4Ward program that incorporates the company’s new build, multi-purpose hull combined with several standardized topsides modules. The FPSO will be designed to produce 220,000 boepd, will have associated gas treatment capacity of 400 MMcfd and water injection capacity of 250,000 bpd. The FPSO will be spread moored in water depth of about 1,900 meters and will be able to store around 2 MMbbl of crude oil. 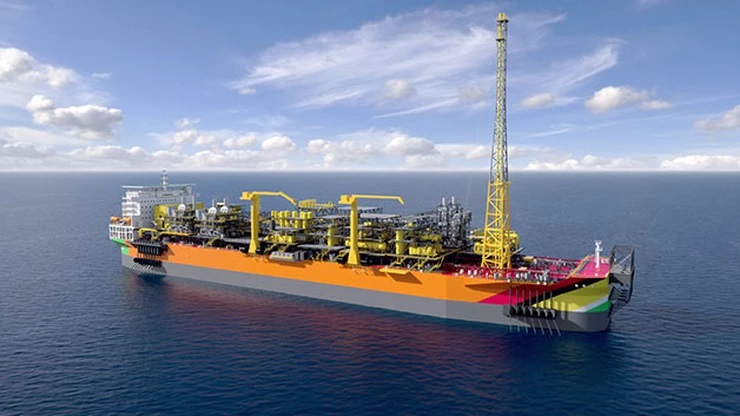