GE Renewable Energy and the Massachusetts Clean Energy Center (MassCEC) announced the arrival of a blade that is part of the most powerful offshore wind turbine in the industry at MassCEC’s Wind Technology Testing Center (WTTC) in Boston.

The 107-meter blade will undergo a series of fatigue tests that involve moving it millions of times over the period of a few months to validate that it can withstand more than 25 years of operation at sea. The testing is part of the process of commercializing GE’s Haliade-X 12 MW turbine — the most powerful in the industry — by 2021, strengthening the company’s ability to compete in a market steadily gaining momentum in the U.S. and globally. 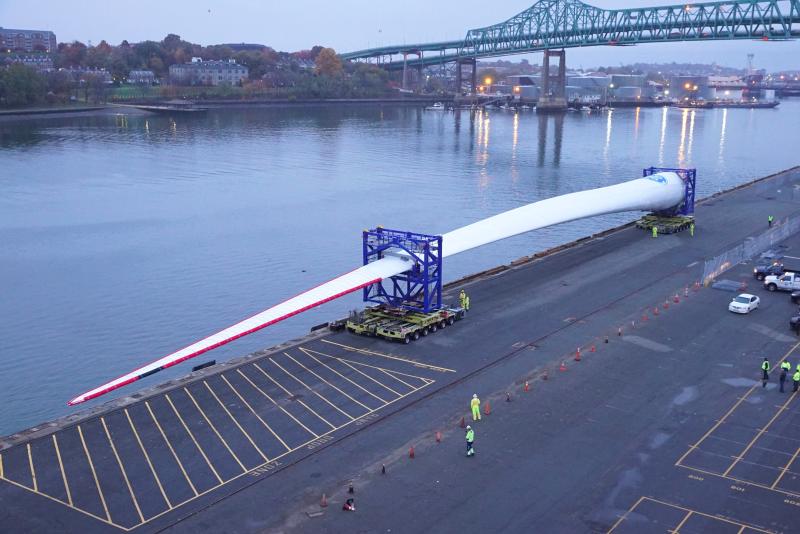 “This has really been a collaborative effort on the part of the company to be part of solving the challenges associated with the energy transition,” said GE Chairman and CEO H. Lawrence Culp, Jr. “We think the Haliade-X is the right turbine at the right time as the offshore industry globally and particularly here in the U.S. is poised to take off. We’re proud Boston is part of this effort, and we appreciate the work the Commonwealth has put forth in laying out the roadmap by which Massachusetts can be a leading developer and user of offshore wind technology.”

“The arrival of General Electric’s innovative wind blade technology in the Commonwealth signals Massachusetts’ continued leadership in the emerging U.S. offshore wind industry,” said Governor Charlie Baker. “Offshore wind represents an important energy source as the Commonwealth works to meet ambitious greenhouse gas reduction targets, and we look forward to working with the industry to drive down costs, improve efficiency and develop of a hub of activity here in Massachusetts.”